VPR has learned that Minnesota Public Radio (MPR) is cutting ties with longtime public radio personality Garrison Keillor. This comes in the wake of an investigation into alleged inappropriate conduct with an individual who worked with Keillor during production of A Prairie Home Companion.

For more information on this developing story, follow NPR’s reporting.

VPR will keep listeners updated about changes to our program schedule. 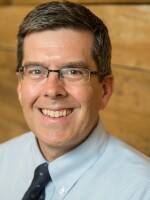 Brendan Kinney
Brendan Kinney oversees all of VPR’s fundraising efforts, including major and planned giving, membership, underwriting, foundation grants, and capital campaigns. He also manages VPR's efforts to reach new listeners. Kinney joined VPR in February 2010.
See stories by Brendan Kinney
Subscribe To 'The Frequency,' Our Daily Morning Newsletter
Get up to speed on the news Vermont is talking about, delivered to your inbox every weekday morning.
Sign Up