Close To Burlington, But A World Away: What I Heard In Grand Isle County

It’s one of the the most spectacular views in Vermont — the Route 2 causeway crossing Lake Champlain into South Hero, with the high Adirondacks in the distance. And as if that’s not beautiful enough, at 6 a.m. Friday morning a rainbow appeared over the lake as I drove to our latest stop on VPR’s Tell Me More Tour.

It’s easy to see why both “flatlanders” like me and native Vermonters love “The Islands,” with its pastures, lake homes and friendly villages. But at our tour stop Friday morning, we heard an earful about the issues they’re facing — concerns over pollution in their beloved lake, the decline of farming, high taxes and the high cost of living.

I asked one Islands native why the towns are called South Hero and North Hero. He said it goes back to Ethan Allen himself, and the fight to drive out the New Yorkers and claim independence for Vermont, leading to our admission as the 14th state.

That independence can still be seen in the campaign to build a new library for South Hero. Residents raised all the money themselves and plan to begin construction soon.

The town’s independence also leads to questions over taxes. Many residents believe property taxes are too high. As a “gold” town, some people believe too much of their local taxes are sent to Montpelier and distributed to less well-off school districts.

On the other hand, many Grand Isle County residents work in greater Burlington. It’s one reason we held our event during the morning commute at Wally’s Place, a bagel shop and deli right on Route 2.

Burlington also affects the island’s water quality. Recent sewer overflows from the city infuriated several Grand Isle County residents I spoke with. One of them described himself as a conservative, but to him clean water wasn’t an ideological issue. Pollution is an attack on his property values and way of life.

South Hero is only about a half hour from VPR’s headquarters in Colchester, but it has its own fascinating, unique culture and history. Exploring the whole Vermont story is about reaching people in all corners of our state — including the stories of people who live close to Vermont’s largest city but still feel a world away. 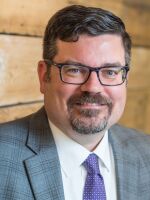