Congressman Peter Welch says his vote on President Obama's plan to launch limited air strikes against Syria hinges on whether they will make matters better or worse on the ground in Syria.

St Albans has invested millions of dollars in a new project designed to turn around its local economy and its reputation.

A planned district heat project in Montpelier has run into another delay.

Contract negotiations between the Chittenden County Transportation Authority and its drivers came to a standstill last week.

Vermont's secretary of state has lost an appeal over the nominating petition process for independent candidates for president. 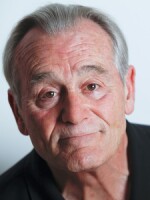 Dave McGown
Dave was a board operator for VPR from 2007 - 2016.
See stories by Dave McGown
Subscribe To 'The Frequency,' Our Daily Morning Newsletter
Get up to speed on the news Vermont is talking about, delivered to your inbox every weekday morning.
Sign Up