Ask Bob: What would it take to end Daylight Saving Time?

As we enter the darkest season of the year, you may be wondering: Why do we have to fall back and spring ahead? And is there anything that can be done about it?

Find transcript highlights below, or listen to the full audio in the player above.

Bob Kinzel: Just so everybody's on the same page here at the start, Daylight Saving Time is what we are on right now. And it is called Daylight Saving Time, not Daylight Savings Time ... So this weekend, we are going to fall back and turn our clocks back an hour. And when we've done this, we're going to be on Eastern Standard Time in Vermont. The net effect of this change: It will be lighter in the morning, but then darker in late afternoon. That's the main impact of being on Standard Time. People can certainly debate if they want their extended period of light to be in the morning, or the afternoon. But as Olga says, most people just don't want to switch back and forth twice a year.

Olga Ardova: Well, ideally we wouldn't have to make any more clock changes. It only makes sense that we go with whatever time standard the rest of the country would use. Or this point at least what Arizona is using. It would be silly if different states were off by one hour.

Bob Kinzel: So I think that's the clear message. Stop changing the time twice a year.

On the history of Daylight Saving Time

Bob Kinzel: Let's work on some of the myths and some of the debunked myths and start with a story that Benjamin Franklin, when he was ambassador to France in 1784, suggested in a satirical essay, that the time should be changed in the summer so people could enjoy more light in the evening hours. But I don't think this was a very serious idea.

But fast forward a century to 1895. Now this is when New Zealand entomologist George Hudson is frustrated that he doesn't have enough time to go bug hunting in the summer months. So he suggests a shift in time to give him an extra hour to look for bugs in the evening. But alas, this idea doesn't stick on either. Then in 1905, there's a debate in this issue in England. And the question is whether or not staying on Standard Time was a waste of daylight in the summer months. But Parliament didn't act on that issue.

Which really brings us to the first real use of Daylight Saving Time. It happens in 1916, during World War I, when both Germany and England adjust their clocks to save energy. It was thought that this would happen because people could spend more time outdoors later in the evening during the summer months. And then in 1918 when the United States enters World War I, this country adopts the so-called “summertime approach.” But as soon as the war is over, this consistent policy ends in the United States and individual states are allowed to keep Daylight Saving Time or not. And then about 20 years later, in World War II, there's a return to Daylight Saving Time. But again, as soon as the second World War is over. States are allowed to do whatever they want and there is no consistent policy.

Mitch Wetlieb: Now there's a history lesson for you, kids. So between 1945 and 1966, you've got this kind of hodgepodge system of timezones in the US. And then it was decided that there should be a consistent federal policy?

Bob Kinzel: Exactly … In 1966, Congress passes the Uniform Time Act in an effort to provide some consistency in this area.

Mitch Wertlieb: So over the years, 17 states, as I understand it, have voted to do away with the practice of changing clocks twice a year. But the plan has only been put into place in two states. Why is that?

Bob Kinzel: It goes back to the specific language of the 1966 Uniform Time Act law. Here's what that law said: States can use both Daylight Saving Time and Standard Time — essentially, the system we have today, adjusting your clocks twice a year — or, if they want to, they can go on Standard Time year round. That's what Arizona and Hawaii have decided to do.

But the law prohibited states from using Daylight Saving Time year-round. But it went into effect, and now there are roughly 20 states that want to use Daylight Saving Time exclusively. But federal law prevents them from doing this. Arizona and Hawaii chose to go with Standard Time year round. And that's what the law allows.

Bob Kinzel: So there's a bill [H.168] introduced by West Rutland Rep. Tom Burditt. It's his intention to put Vermont on Daylight Saving Time on a year-round basis, no more adjusting your clocks twice a year. And I asked him why he felt this was a good idea.

Tom Burditt: Well, the bigger reason that I introduced a bill — I mean, you know, it's kind of a selfish reason — is it takes me a couple of weeks to adjust. And through the process of introducing the bill I did research on the time changes. And it's just not the fatigue that is detrimental to people. It turns out, there's a higher number of car accidents. Kids do worse in school for a week or two, sometimes three. And the one that really got me is there's a higher incidence of heart attacks.

Bob Kinzel: Let's remember what Representative Burditt says he wants to do here. He wants to stay on Daylight Saving Time on a year-round basis, which he can't do because of the federal law. [If he could], there'd be no falling back this weekend. So I clarified with him: If his approach is taken, what would be the practical impact of his be?

Tom Burditt: Yes, it would be darker in the morning, and we would get more light in the afternoon. Of course, the days get shorter in the wintertime anyway. But, you know, one of the concerns that I have heard as far as people, in the summertime, they like that extra hour at night. You know, they get out of work, they come home, whether it's a barbecue or you know, working in the yard, mowing the lawn — they have all that extra time.

Mitch Wertlieb: So just to be clear, Bob, what Representative Burditt is talking about is not going to the standard which Arizona and Hawaii are on, because they are on Standard Time, right? They've kept their clocks like that?

Bob Kinzel: So that sets up the [question of] what's going to happen in Congress. Because right now, that 1966 law prohibits any state, including Vermont, from only using Daylight Saving Time. Now there is a bill in Congress that would change all this. It's called the Sunshine Protection Act. And it says states can choose Daylight Saving Time on a permanent basis. That's absolutely fine if they want to do that. And if they want to stay on Standard Time in Arizona and Hawaii, they can do that as well.

And advocates for the federal bill think their chances are improving, but with everything that's happening in Washington these days, it doesn't look like it's going to happen in the next few months.

One thing is clear, though: Our current system will definitely be in place this weekend — so be ready to fall back.

Brave Little State is a production of Vermont Public Radio. As always, our journalism is better when you're a part of it:

Matthew F. Smith
Originally from Delaware, Matt moved to Alaska in 2010 for his first job in radio. He spent five years working as a radio and television reporter, as well as a radio producer, talk show host, and news director. His reporting received awards from the Alaska Press Club and the Alaska Broadcasters Association. Relocating to southwest Florida, he spent several months producing television news before joining WGCU as a producer for their daily radio show, Gulf Coast Live. He joined VPR in October 2017 as Producer of Vermont Edition.
See stories by Matthew F. Smith

Bob Kinzel
Bob is a veteran Vermont journalist, specializing in political reporting. He is based in VPR’s Capital Bureau located across the street from Vermont’s Statehouse. Prior to joining VPR full time in 2002, Bob ran the Vermont News Service for 21 years. The service provided daily local news for eleven stations, including VPR. Bob started the News Service following a stint as news director for WNCS.
See stories by Bob Kinzel

Mitch Wertlieb
A graduate of NYU with a Master's Degree in journalism, Mitch has more than 20 years experience in radio news. He got his start as news director at NYU's college station, and moved on to a news director (and part-time DJ position) for commercial radio station WMVY on Martha's Vineyard. But public radio was where Mitch wanted to be and he eventually moved on to Boston where he worked for six years in a number of different capacities at member station WBUR...as a Senior Producer, Editor, and fill-in co-host of the nationally distributed Here and Now. Mitch has been a guest host of the national NPR sports program "Only A Game". He's also worked as an editor and producer for international news coverage with Monitor Radio in Boston.
See stories by Mitch Wertlieb 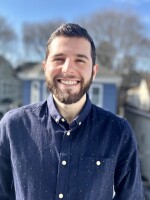 Josh Crane
Josh Crane joined VPR as an engagement producer in March 2021. Previously, he was a podcast producer at WBUR, an NPR member station in Boston, where he produced Endless Thread, a podcast exploring stories found on Reddit. Prior to WBUR, Josh produced LBJ’s War, a documentary podcast series and national broadcast hour about how the former president lost his way in Vietnam. He also has worked at PRX. His reporting and producing have won numerous awards, including a National Edward R. Murrow Award.
See stories by Josh Crane 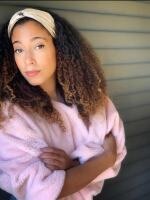