(Host)The arrival of a new president at UVM has educator, writer and commentator Jay Parini thinking back to one of its greatest presidents, James Marsh, an important philosopher in his time and a Founding Father of American Transcendentalism.

(Parini) With the installation ofa new president at the University of Vermont this year, I began thinking about the illustrious history of that position - and one of my favorite figures in Vermont intellectual life. James Marsh was president of UVM from 1826 until 1833. After resigning from the presidency, he taught philosophy there until he retired in 1842. It was during these years that he pioneered a school of philosophy known as the Burlington Philosophy shy; a fairly little-known school nowadays, but an influential one. In fact, Marsh was a founder of Transcendalism, which is probably the most important school of American thought in the nineteenth century.

Perhaps the finest moment for Marsh was in 1829, when he published an edition of Aids to Reflection , a book by Samuel Taylor Coleridge, the English poet. Marsh wrote an introduction to this book that defined the Transcendentalist impulse, seeing quite rightly that Coleridge had taken his main ideas about the relationship between spiritand nature from a number of recent German philosophers, including Kant and Schelling. It's a complicated argument, but in a nutshell Marsh was introducing the concept of individual participation in spiritual realities.

What one transcends in the philosophy of Transcendentalism is the objective world, the world of hard realities such as stones and trees, fences and tabletops. In the epistemological thinking of the time ,in other words, how we know and what we know shy; the most important figure of the day was John Locke, who argued for acquiring knowledge through the senses. But Marsh, following Coleridge and Kant, looked beyond the physical world, trying to get a handle on subjective knowledge. Each Transcendentalist, in fact shy;

Emerson or Thoreau, Margaret Fuller, or Frederic Henry Hedge, to name a few obvious ones shy; each had a different take on what it meant to transcend objective reality, and to discover a world beyond, or perhaps within, the physical world: the realm of the spirit.

But each of these major thinkers depended heavily on James Marsh. Marsh almost single-handedly transformed the University of Vermont into a major site for philosophical thinking that drew on the vast resources of German philosophy and English Romanticism. In particular, he emphasized poetry as a way to inform shy; if not shape shy; the individual spirit, and he created a university that would become a model of its kind, an institution with an interdisciplinary focus. Like Ralph Waldo Emerson, who followed his lead, Marsh believed that religion itself had become divorced from the impulse toward divinity that is, in his view, the true measure of a human being. He created a curriculum at UVM that stressed the union of reason and understanding, shy; ideas formulated by Coleridge himself. His emphasis on a unified education, one that addressed the whole intellect, bringing together mind and spirit in a complex whole, had a profound effect on American education generally. It's worth remembering James Marsh shy; and the way his ideas continue to ripple through the American intellectual landscape. 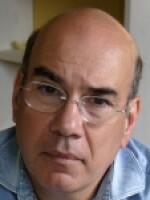