(Host) Commentator Brian Porto is Deputy Director of the Sports Law Institute at Vermont Law School. And as the college football season winds down, he's considering the career of a coaching legend.

(Porto)The sports world can teach important life lessons if one looks beyond the box scores and the personality profiles to find them. I was reminded of that recently, when newspapers around the country reported the retirement, at the tender age of 86, of John Gagliardi, who won more games than any other coach in college football history.

In one sense, Gagliardi became a coaching legend in the usual way. In his 64-year career, his teams won a record 489 games, lost 138, and tied 11,giving Gagliardi a better-than-77 percent winning percentage. His success earned him induction into the College Football Hall of Fame in 2006, andthe trophy awarded every year to the outstanding player in the NCAA's Division III bears his name.

But in another sense, John Gagliardi's career is quite unusual. After coaching at a small college in Montana, where his teams won three conference titles in four years, Gagliardi moved in 1953 to tiny St. John's University in Collegeville, Minnesota, where he coached through the 2012 season. Founded by Benedictine monks, St. John's is located far from the epicenter of college football, in the NCAA's Division III, whose members are small private colleges and small state universities without athletic scholarships. In this atmosphere, a player may quit the football team tospend more time studying or with his girlfriend, without financial penalty. Still, Gagliardi built a juggernaut that won four national titles, went undefeated in conference play five times, and lost three games or fewer in thirteen consecutive seasons.

More surprisingly, though, the juggernaut was built on an unconventional philosophy called Winning with Nos - no tackling in practice, no hitting blocking sleds, no mandatory weight training, no blowing of whistles by coaches, and no practices lasting longer than ninety minutes- that is heretical in most football programs. And nobody was ever cut from a Gagliardi team; indeed, his teams routinely carried nearly 200 players, more than twice the number his competitors had.

The best indication of the success of Gagliardi's philosophy is found in the comments of former players, like Joe Mucha, a retired corporate executive, who said, I can tell you I built my career modeled after the things I learned from John - the way he prepped for a game, the way he made you believe in yourself. Very few people you meet in the world affect you that way.

Coaches in Vermont and New Hampshire should learn from the example John Gagliardi has set. Prepare thoroughly, be well organized, make it fun, don't be afraid to take risks, and remember you're in the business of long-term human development. That philosophy may not result in a trophy being named after you, but you will be satisfied in knowing you touched many lives in a positive way. No trophy compares to that. 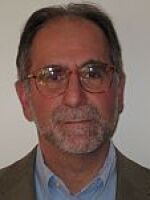