Killacky: In The Winter Stable

(Host) Commentator John Killacky is Executive Director of the Flynn. When he's not in the theater, he's often found at a barn working with his Shetland pony. Here he shares another story about his equine.

(Killacky) Late one night after work, recently, I drove out to the barn in Williston to exercise my Shetland pony. The weather was freezing cold. Lights were off and the barn doors were closed, as the horses had settled in for the night.

Turning on a few lights, I took my pony into the indoor arena and let her loose to run free. What fun we had, me with my walking cane and the lungeing whip, and her bucking with legs akimbo, darting and swerving around me in ever changing circles, trotting with gleeful abandon.

When I ambled around the perimeter, she followed just out of reach. I had brought along treats for encouragement. She inched up to me, stretching out her neck and lips to grab an apple biscuit, and then darted away. We eyed other at opposite ends of the arena. Cuing off each other's shoulders, we followed the other's lead in an exquisite dance.

When I sat down to rest, she meandered toward me and gingerly reached for another treat. Then encouraging me with a nudge, she zipped out of arm's reach to begin the game again.

There were only the two of us, but it wasn't silent in the quiet arena: her hooves flying over the uneven dirt and her steamy breath filled the space. Sounds also rushed in from outside, horses stirring in their stalls and an occasional passing car provided accompaniment to our wintry tango.

Eventually, she let me know she was done frolicking. Nuzzling my shoulder, she put her head through the halter and I led her back to her stall. Once I gave her some fresh hay, she was done with me, so I put on her blanket and turned out the lights.

It is such a profound gift to be in relationship with this animal, as it requires me to be fully present: no past, no future, just now. What happened that evening had no agency the next morning; each day we begin afresh. When she greets me with a whinny, I interpret it as, What do you have for me today?

With every visit, I need to show up fully. If I try to rush through grooming and cleaning hooves, or lose focus in a training session, it guarantees frustration for both pony and me. Most of our work time together involves me harnessing her to a cart in which I sit, reins in hand, but I must always change the routine, as bored equines test their owners.

Not all of our interactions are hands on. Even in winter, quiet time is spent with me alongside her in the field; that is if the snow isn't waist high for both of us and I remember to bring along hand warmers for my gloves. Not so much dancing here - but more like a blissful co-existence for which I am deeply grateful. 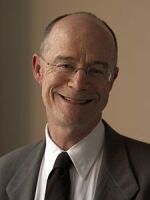