I'm a tombstone tourist, a grave hunter, a cemetery enthusiast, a taphophile. That means I spend my days in remote parts of Vermont searching for gravestones hidden away by weather and time. I've been to more than 100 cemeteries and seen the graves of U.S. Senators, robber barons and even an Egyptian prince. But Vermont's most mysterious cemetery may be in Waterbury.

My friends and I found it last summer while searching for a completely different Waterbury Cemetery. We hiked up a winding bike path and then scaled a steep dirt hill - all ona hunch and a rumor - expecting to see a few dozen hundred-year-old slate stones lost in tall grass. Instead there was a small monument, less than thirty years old, sitting alone under a canopy of trees. It was a graveyard without graves. This was the Vermont State Hospital Cemetery. The plaque on the stone read, May their spirits soar and You are remembered.

To talk about the Vermont State Hospital recalls a time when caring for the mentally ill was, you might say, unenlightened. The Vermont State Hospital was built in 1890 to ease overcrowding at a Brattleboro hospital. It's where the state shut away alcoholics, the criminally insane and people suffering from mental illness. The Asylum Cemetery opened just one year after the hospital accepted its first patient.

Joseph Warren, 45, was the first to be buried there in 1892. His cause of death is unknown. Two years later, Sarah Townshend, 61, was the sixth patient buried there. Her cause of death is listed as acute mania. The granite monument was erected in 1991, long after the original wooden crosses had rotted away.It's dedicated to the twenty or so residents of the hospital at the site.

The world almost lost even this little bit of information when the Hospital flooded in Tropical Storm Irene. Luckily, Ann Donahue,a state representative from Northfield, researched the cemetery and compiled a list of 28 people likely to have been buried there.

She is the sponsor of a Statehouse resolution passed by the legislature this year requiring Vermont to officially take over maintenance of the cemetery. That resolution also directs the Department of Mental Health to determine the identities of those buried there.

This cemetery once overlooked the Winooski River and the farm fields of the State Hospital - until we built a highway through that landscape. Now, the cemetery is almost hidden. It's a serene, peaceful location, to be sure - but it's also secret.

In life, the patients buried there were shut away and out of sight. One hundred years later, evidence of their death is hidden in the woods.

The Legislature's Joint Fiscal Office estimated it would cost $300 a year to weed-whack and rake the Vermont State Hospital cemetery. Seems to me like a fair price to pay for a small gesture of belated recognition and perhaps - atonement. 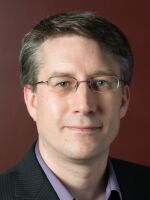 Daniel Barlow
Daniel Barlow is the co-founder of Green Mountain Graveyards, a photography and research project devoted to Vermont cemeteries. He also serves on Montpelier's Cemetery Commission and works as a lobbyist for Vermont Businesses for Social Responsibility.
See stories by Daniel Barlow
Subscribe To 'The Frequency,' Our Daily Morning Newsletter
Get up to speed on the news Vermont is talking about, delivered to your inbox every weekday morning.
Sign Up