The history of Parisian cafés is monumental: the city basically invented the café concept in 1686 when coffee became widely available there. It was the perfect beverage for talking politics, and by the 1789 Revolution, Paris had 1,800 cafés. The 1920's attracted philosophers, writers, and artists to the city - so cafés proliferated. Counts vary, but there are still at least 7,000 cafés for 2 million Parisians.

A similar eclecticism can be found in Vermont's cafés, where political and business types make plans, retired friends meet for tea, and the self-employed type away on their laptops.

I never saw a Wi-Fi sign in a French café - nor a laptop - except for a Starbucks or two. Most café-goers were talking. And talking. They'd share an iPhone photo - but that was it for electronics. Solo café patrons in Paris read the newspaper or write in notebooks.

Parisians sit at tightly-packed small tables - round or square - often in twos, side by side, looking out to the street. Vermonters sit at loosely arranged tables - facing laptops or their companions.

Patrons in French cafés may eat quiche lorraine with mesclun salad, bread, and a glass of red wine - or sip identical espressos, sodas, or Heinekens with a friend. Vermonters enjoy coffee (plain or adorned), along with muffins, scones, and soups produced on site.

French cafés recently went smokeless - a change still being finessed by establishments and patrons. On a rainy afternoon on Rue Cler, we sat inside an enclosed space, four inches from the wall of the café - but our neighbors all judged themselves to be "outside" and smoked freely. Vermont smokers must head outside, regardless of weather.

French café staff are surprised by "to-go" requests. To go where? Why not sit down and enjoy that café Americano and lemony madeleine right here?

So I'm now back in a Vermont coffee shop, conducting this highly unscientific survey and enjoying our own burgeoning café culture. It includes establishments like Burlington 's Uncommon Grounds, Richmond's On the Rise Bakery, Middlesex's Red Hen Café, and Rutland's Coffee Exchange Café - to name just a few.

It's chilly outside as three teenagers pile into Capitol Grounds in Montpelier. They place their orders, sit down, and turn to their iPhones. After texting and checking Facebook, they settle down for a friendly Vermont coffee shop chat. 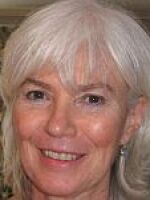 Elaine Harrington
The late Elaine Keen Harrington of Middlesex was a lecturer in the English Department at the University of Vermont. A former editor for the Rutland Herald and Times Argus, she also owned a fiber arts business.
See stories by Elaine Harrington
Subscribe To 'The Frequency,' Our Daily Morning Newsletter
Get up to speed on the news Vermont is talking about, delivered to your inbox every weekday morning.
Sign Up