Only moths are clinging to the last bit of sweet left in the sap bucket.  In the foothills of the southern Green Mountains where our farm is located- the book is closed on the 2013 sugaring season. This year’s early runs of sparkling sap flowing from the bush in lines to our collection tank were inspiring. Fat flakes of sugar snow fell outside of the wood shed.

A slow thaw this year amounted to lots of small boils, a lot of fancy syrup and plenty of catching up with the neighbors.  Of all the seasonal jobs on the agricultural calendar on our farm, none of them attracts a crowd like making maple syrup. Milking and spreading manure have their devotees, but after a long winter it’s sugaring that inspires family and friends to don their boots, slog through the mud and report for duty.

Sugaring season is that small specific window of freezing and thawing days in late winter and early spring. The exhilarating rush of sap is just the nozzle end of a year of preparation by both the tree and sugar maker.  A maple tree must produce a summer’s worth of photosynthesis in spite of drought or hurricane or ill-fated arrival of fungus or insect. Sugar is stowed in the tree’s roots with the expectation that a good winter cold snap will insure the tree remains dormant until spring.

A sugar maker’s duties involve filling the woodshed with dry firewood, and doing a bit of gardening in the forest. This year, we thinned a section of our sugar bush and removed competing trees like hemlock, beech and black birch, making room for the remaining maples to increase their crown size in order to produce more sugar. Once the logging was done the woods were plumbed with pipelines to collect the sap and deliver it to the sugarhouse.  How intimate and rewarding it is to create an orchard out of the forest and foster the growth of maple trees that may be donating sugar for generations to come.

In the sugarhouse, conversation bubbled up over the pan and in between firing the arch. Town meeting results, the pros and cons of daylight savings time, ranking the worst mud rutted roads were all covered. This year, there was a lot of intrigue about the arrival of a new pope and the idea of sugarhouse as conclave – white smoke versus black smoke and the virtues and vices of our own candidates surrounding the billowing arch.

There’s a miracle quality to producing maple syrup- sap turning into sugar, water changing state from liquid to steam. It’s the first crop of the year on the farm, in a season that begins in winter and ends with peepers singing and trout lilies blooming in the woods.  With the firewood gone and the shed filled with barrels and cans of new syrup one harvest is done and the next one greening in the nearby hay meadow. 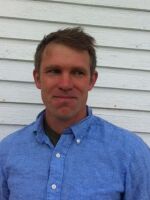 Ross Thurber
Residing in the foothills of the southern Green Mountains, Ross Thurber manages Lilac Ridge Farm - a third generation farm that produces organic milk, vegetables and Maple syrup.
See stories by Ross Thurber
Subscribe To 'The Frequency,' Our Daily Morning Newsletter
Get up to speed on the news Vermont is talking about, delivered to your inbox every weekday morning.
Sign Up