The Leftovers. The Misfits. Today it’s immigrants. Sometimes it’s people on welfare. Sometimes the obese. What we all have in common is we’re outliers, hot potatoes in political debates.

I came to the U.S in 2001 when Colombia’s economy collapsed due to neoliberal policies that wrecked many domestic industries. My mom lost her sales job in a construction company, and seeing no alternative way to put my sister and me through college, we migrated to Florida when I was 16. I didn’t know if I’d see my grandmother again when I kissed her goodbye and boarded a plane.

Being on a tourist visa without a Social Security Number, I was a nanny for $250 a week and cleaned hotel rooms for $5 an hour. In 2002, a judge decided I was worthy of a paper that says I belong. But I wanted more, so when a friend offered me work in Vermont, I took it in a heartbeat. I ended up attending UVM and cementing roots in this state, where I now organize with Migrant Justice, working to defend the human rights of everyone.

While I now have permission to work here, there are 11 million “illegals” still living in the shadows.

Illegal. What a dehumanizing word. One associated with crime, with jails, with bad. Many refer to the undocumented as illegal. As if people were drugs. As if people were things. As if those lacking the opportunity to have proper documentation don’t breathe or feel. No one, I promise you, wants to be undocumented. Many, I swear, simply haven’t been given the green light to belong. But now we have the chance to change the life of 11 million people through comprehensive immigration reform.

Some people think immigrants lower wages and take away jobs, as if these illegal aliens come from mars, steal jobs and leave. But “illegals” do the hard work that pays little and builds nations, whether Irish in the U.S back in the day, or now, when Indonesians seek work in Singapore, Haitians in the Dominican Republic, and Bolivians in Argentina. Instead of being embraced, these people get blamed for the ills of the economic systems in which they live.

But the real source of the problem lies with those who benefit from low wages and poor working conditions. They're the ones getting richer every time someone - no matter their nationality or immigration status - works for less than what's needed to live with dignity.

As part of my work, I recently attended a Hearing on Immigration Reform in the Capitol building in DC. Janette Napolitano, Secretary of Homeland Security, touted the Obama administration’s deportation of more people than that of any other president, and emphasized undocumented immigrants’ need to EARN their citizenship.

Well, in my opinion, risking your life crossing a cruel border and doing the work that puts food on our tables, builds our offices, and sews our clothes are enough credentials for those with the power to do so, to rule that the 11 million ALSO belong. 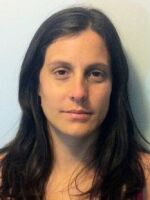 Natalia Fajardo
Natalia Fajardo is an organizer with Migrant Justice. She has been a leader of student organizing and international campaigns against various free trade agreements and Plan Colombia. She became involved in migrant farm worker issues when a good friend was arrested then deported for being undocumented.
See stories by Natalia Fajardo
Subscribe To 'The Frequency,' Our Daily Morning Newsletter
Get up to speed on the news Vermont is talking about, delivered to your inbox every weekday morning.
Sign Up