In Snowboard Slopestyle, snowboarders hit a series of jumps and manmade features. Time and speed are not factors in medaling; riders are judged on the difficulty of their tricks and how smoothly they execute them. In general, new tricks score well. And this year, the new trick is the triple cork.

In a triple cork, riders hit a jump and flip three times vertically while simultaneously spinning horizontally. Unless weather conditions are horrendous, you’ll be sure to see this jaw-dropping feat of human athleticism unleashed during the finals.

Slopestyle is not the first snowboarding event to see the Olympic stage. That distinction belongs to the Halfpipe event, which sees riders spinning and flipping off the 22-foot walls of a semi-circle carved into snow and ice. Halfpipe was introduced to the Olympics at the 1998 Nagano games. And taking home the bronze medal at that event was a kid from South Londonderry named Ross Powers.

Powers was the first Vermonter to win an Olympic medal in snowboarding, but he wasn’t the last. Kelly Clark -- who grew up in West Dover, where her parents still own a restaurant -- won gold in Halfpipe in 2006. In 2010, Belmont-born Hannah Teter took halfpipe gold. Lindsey Jacobellis, a boardercross silver medalist in 2006, calls Stratton home. Clark, Teter and Jacobellis will all be representing USA once again in Russia.

Yes, Vermont snowboarders have medaled at every Olympics since 1998. And maybe that’s because the whole idea of snowboarding, this notion of strapping one’s feet to a plank of wood and sliding sideways down a snowy mountain, was born and raised in Vermont. Jake Burton Carpenter started Burton Snowboards in the late 70s in Londonderry. The sport didn’t exactly spread like wildfire out of the gate, and for many years snowboarders were considered outcasts. But in 1984, Carpenter convinced nearby Stratton Mountain to be the first ski resort to accept snowboarders. Now, here we are thirty years later and thanks to superstars like Shaun White, snowboarding is slated to be one of the most-watched sports at Sochi.

In spite of how far this once-underground sport has come, there are detractors who view its place in the Olympics with extreme skepticism. One objection is that Olympic snowboarding is administered by the International Ski Federation. That’s a bit like the figure skating federation overseeing curling competitions, and many snowboarders are not happy about it. In fact, the world’s best halfpipe rider in the late 90s boycotted the Nagano Olympics because of it, even though he was heavily favored to take gold. There are also snowboarders who feel that the Olympic hype and competitiveness steal from the soul of the sport. To these purists, snowboarding is about the freedom and creative expression that comes with carving down a mountainside -- two ideals that can lose their way in the world of elite competition.

But the fact remains that snowboarding has seen explosive growth since its inception on Vermont’s hillsides three decades ago. Olympic planners even have enough faith to place snowboarding front and center on the schedule, as the Snowboard Slopestyle event will happen on day one of official competition, and the very first medal of the games will hang around a snowboarder’s neck. So as we witness all the hype and excitement surrounding this new event kicking off the 2014 Olympics, we should remember that it all started right here in southern Vermont with a few renegades gliding sideways down a hill. 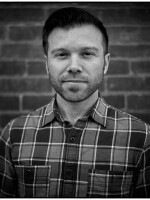