At the other end of the spectrum, nine of the ten most religious states are in the Deep South, where, as Bill Moyers once said about his native east Texas, there are more Baptists than people.

The only state outside of that region to pierce the top ten is Utah – a place where, with the Mormon practice of baptism for the dead, I suppose there really may be more Mormons than people!

Here in New England, however, organized religion has fallen on hard times.

I can attest to this anecdotally. My wife and I are both Episcopal priests who are frequently asked to fill in for other clergy around the state. While some parishes are healthy, many more appear to be struggling with tight budgets, buildings in disrepair and an aging membership.

One factor may be that religious revival never swept through Vermont with anything like the fervor that convulsed the South.

Vermont can claim its share of religious enthusiasts over the years – John Humphrey Noyes, who preached free love in Putney; Ascha Sprague, the Spiritualist in Plymouth; and Joseph Smith Jr., the Mormon founder who was born in Sharon – but if anything, religion in Vermont, like its politics, tilts in the more liberal direction of Unitarianism and Universalism than other regions of the country.

Vermont’s demographics also play a role. Those of us old enough to remember diving under our school desks during Civil Defense drills also recall that we Americans were eager to differentiate ourselves from “godless communists” back then. In 1954 a Congressional resolution inserted “under God” into the Pledge of Allegiance, and two years later Congress restored “In God We Trust” to our currency.

Church attendance spiked across the nation during the Cold War, but that generation is aging rapidly, and younger generations no longer feel pulled to religion as a patriotic duty.

Besides, distractions abound in the twenty-first century: social media, the internet and television sports. Here we also have the lure of cross-country skiing, climbing a mountain or paddling a river. For many of us, leisure time is elusive, so when Sunday morning rolls around, we find activities other than religion to occupy us.

But I wonder if something precious isn’t lost when we flee from churches, mosques, synagogues and other places of worship. The church on the village green was once a place where neighbors gathered, not only to join their voices in song but also to encounter one another face to face – to ask about an ailing parent or inquire about a child in college or far away.

Yes, those conversations still take place, but not with the same dependable regularity as they used to, week after week, at church on Sunday morning. 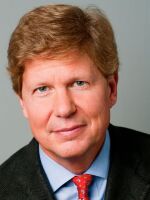 Randall Balmer
Randall Balmer is chair of the Religion Department at Dartmouth College. His most recent book is "Redeemer: The Life of Jimmy Carter."
See stories by Randall Balmer
Subscribe To 'The Frequency,' Our Daily Morning Newsletter
Get up to speed on the news Vermont is talking about, delivered to your inbox every weekday morning.
Sign Up