Dewees Cochran lived and worked in Norwich from 1947 to 1960, where she fashioned some of the dolls for which she is best known – her “portrait,” “look-alike,” and “grow-up” dolls. Life magazine and Vermont Life featured articles about her and her doll making. Eager buyers flocked to department stores in New York and Chicago to purchase them.

Born in Dallas, Texas, in 1892 and educated at Philadelphia’s School of Industrial Art, the Pennsylvania Academy of Fine Art, and the International People’s College in Elsinore, Denmark, Dewees began her doll-making career in the 1930s by building upon her perceptive idea that children would enjoy dolls that looked like them. This was the birth of her “portrait doll.” Working from photographs, Dewees would reproduce a child’s head, cast it, and apply coats of paint to obtain a bisque-like finish. She would then paint the features, assemble the various doll parts, apply a wig of human hair, and dress the doll in clothing identical to the recipient’s. Mrs. Irving Berlin was the first to commission portrait dolls for her two daughters.

The success of the portrait dolls prompted Dewees to explore making dolls on a commercial basis. This led to “look-alike” dolls. Dewees scrutinized hundreds of photographs of children and came up with four and later six models for heads that mirrored features of most children. By using these heads, different paint colors for eyes and a variety of hair styles and clothing, Dewees produced an array of “look-alike” dolls.

Dewees’s “grow-up” dolls were spurred by her sorrow of being childless: “Why not create a dream child of my own?” she asked herself. When that idea popped into her head, she was reading a book of American folklore and came upon the character of Alfred Bulltop Stormalong, an adventurous sea captain. This led to her making the first of the “grow-up” dolls, the great, great niece of Bulltop Stormalong, Susan or “Stormie.” With a freckled, determined face, red hair, and deeply set eyes, “Stormie” was first exhibited at a retrospective of Dewees Cochran dolls at Dartmouth College in 1952. Ten inches tall, “Stormie” was depicted at the age of 5.

“Children grow up,” thought Dewees, “why not dolls?” With that in mind, Dewees made additional editions of “Stormie” and other dolls that she added to this series by changing their height, features, and dress to represent them at the ages of 7, 11, 16, and 20.

In 1960 Dewees moved to Saratoga, California, where she received a Residence Scholarship at Villa Montalvo. There she continued making dolls and worked on her 1979 autobiography, As If They Might Speak. Dewees died in 1991 having found “magic in making dolls, and in enjoying their company.”

The Norwich Historical Society has several of her dolls in its collection as well as the well-illustrated autobiography of this insightful and innovative artist. 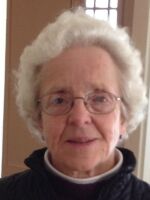 Nancy Osgood
A former elementary school teacher and reading tutor, Nancy Osgood continues having a rewarding life now as a volunteer at a number of organizations including the Norwich Historical Society.
See stories by Nancy Osgood
Subscribe To 'The Frequency,' Our Daily Morning Newsletter
Get up to speed on the news Vermont is talking about, delivered to your inbox every weekday morning.
Sign Up