Recently the Annie E. Casey Foundation released its annual survey of how well children are doing in the 50 states. Titled Kids Count, the study found that Vermont ranked second in the nation in its measure of the overall well-being of children. Only Massachusetts ranked higher.

The study looked at sixteen indicators of how well kids are doing, measuring their economic well-being, education levels, health, and family living conditions.

I think Vermont’s overall high ranking hides a fundamental concern. And that has to do with a topic that’s always difficult to discuss, that of race in America, and in Vermont. Vermont has a very different racial and ethnic makeup than do most American states.

Only eight percent of Vermont children were born outside the U.S. Nationally, one in five children are foreign born, more than twice Vermont’s level.

Fewer than four percent of Vermont’s kids are African-American or Hispanic. Nationally, more than forty percent are. That’s a ten-fold difference.

A better comparison would be to look at the status of Vermont’s children when we compare them to non-minority children nationally. Vermont kids don’t look so good when we make that comparison.

When compared to non-minority children nationally, Vermont has, for example, more kids living in poverty, not doing well in reading and math, and living in single parent families.

If we could re-rank Vermont based on this more relevant comparison group, Vermont’s overall ranking would be about at the national average, not second highest in the nation.

Vermont spends a lot of resources trying to make life better for people at the bottom of the income ladder and we’re proud of what we do. But a more detailed look at the Kids Count indicators suggests that despite all of our programs, Vermont does not achieve exceptional results. We’re not a role model for other states.

Unlike the children in Garrison Keillor’s Lake Woebegone, our kids seem to be just about average. 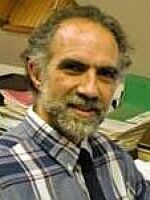 Art Woolf
Art Woolf teaches economics at UVM.
See stories by Art Woolf
Subscribe To 'The Frequency,' Our Daily Morning Newsletter
Get up to speed on the news Vermont is talking about, delivered to your inbox every weekday morning.
Sign Up