My father was reserved and taciturn, traits he inherited from his Edwardian mother, who wore her collars up to the chin and a perpetual look of disapproval. Occasionally, though, at about this time of year, he let loose a little. Something about All Hallow’s Eve - talk of ghouls and ghosts, perhaps — must have appealed to a chemist awed by the mysteries of molecules and the infinite possibilities of particles.

As autumn nights lengthened, my father abandoned the dinner table and disappeared into the cellar. He grew crystals that dangled in test tubes and concocted distillates for unknown purposes — none, so far as I know, for the pleasure of the tongue. Occasionally, the frigid vapors of dry ice rose up in the stairwell, like steam rising off a cauldron. If I waited, something would materialize for the Halloween parade.

My father’s creations were not the carefully crafted costumes of the skilled homemaker. They were stiff, awkward get-ups, stapled, gathered and glued. He once made a great conical witch’s hat that enveloped me from head to toe, snuffing me out entirely. His costumes were parodies intended for the amusement of adults, like the oversized trick-or-treat bag he once hung from my shoulders. I was envious of the Cinderellas in blue sateen, fairies in white tulle and even little ghosts draped in tattered sheets.

Late one Halloween night, long after I had been put to bed, I peered out my window to see my parents, hand in hand, disappearing down the driveway. My mother was in some sort of Flapper’s garb, a feather boa wrapped around her neck. My father wasn’t wearing much of anything except a pair of cotton tights and that ridiculous trick-or-treat bag.

What a startling sight: parents masquerading at midnight, looking like fools, having a laugh. Were they drunk? Not yet. They were headed down the street for whiskey and soda.

The next morning, my father was mum. He ate his customary dry toast and drove off to his laboratory as usual. Years later, I found a Polaroid of him and my mother in those silly outfits, a mask of sheer delight on their faces.

In time, of course, the magic of Halloween faded. The costumes were tossed out, and the crystals gathered dust. My father - the rational scientist, the atheist - never believed in ghosts anyway.

How odd, then, that late one night, as the life drained out of him in a sterile hospital room, the dog, aroused from sleep some miles away, let out a preternatural yowl, a haunting sound. Just then the telephone rang. “He’s goin’ down, down, down,” said a nurse in a lilting Jamaican accent. I knew what she meant.

For everyone there is a season. Fall was my father’s. He donned his lumber jacket, stuck a pipe between his teeth and raked leaves into an old woolen blanket. Had you asked him whether he believed in the transmigration of souls, he would have said no. But I swear the dog’s liquid brown eyes look just like his. 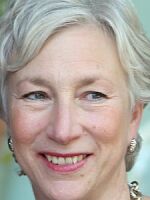