Election day is here – and this is my one-person ‘Get Out the Vote’ effort. So after I cast my vote for governor, and my local justices of the peace, I plan to weigh in on something each of us confronts far more often than our elected officials. I’m talking about our buildings – Vermont architecture.

Each year, the Vermont chapter of the American Institute of Architects – the AIA - holds a competition for architectural excellence. They assemble a jury of out-of-state architects and look over the entries that Vermont architects have submitted. This year, it’s everything from a Vermont-designed school in Eastern Europe to a bunch of modern homes for, I kid you not, chickens.

This award thing has been criticized, and understandably so, as elitist. The state’s architects have noticed that their taste typically draws them to the wild and the expensive, while the public’s taste in buildings is decidedly more traditional and comfort-seeking.

So for the past few years, AIA Vermont has given a so-called ‘People’s Choice’ award along with the juried awards it makes every December. From now until November 10, we can cast our ballots on the web site of AIA Vermont.

There is a problem, though. The web site provides just one picture of each entry – and no information about the client, the designer, the site, or the goals of the project. It’s hard to decide how to cast an intelligent vote without knowing why that arts center needed a new box office, or what’s beneath that skylight at a credit union, or whether those chickens are happy laying eggs in their new home. There’s a farm-based resort in Kenya, a new squash facility for the pampered students at a certain elite liberal arts college whose campus looks very familiar, and a bunch of houses commissioned by people wealthy enough to hire architects. Such a variety of projects would be hard to compare even if it were possible to visit each of them, let along by checking out one picture apiece.

That quibble aside – AIA Vermont deserves our thanks for this annual opportunity to ponder our emerging built world. But I worry that we’re setting the people up to fail here, by inviting them to make an uninformed choice which can then be compared, unfavorably, to the decisions of the expert jury.

Still, in any election, we have to make the best of the choices we have. So I’ll cast my ballot and hope that the message it carries will be noticed by someone. Because if it seems like mediocrity is too often the hallmark of politics, we might all want to take a good, hard look sometime at the buildings around us. 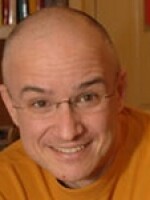