In his book Homesick and Happy: How Time Away From Parents Can Help a Child Grow, child psychologist Michael Thompson describes a question he poses at his talks. He asks the audience to recall a significant childhood memory, and then instructs them to raise their hands if their parents played a featured role. Very few hands go up.

Mine certainly wouldn’t. My formative memories take place in the woods, at camp, in a barn, or on a bicycle, and while I love spending time with my parents, they don’t even rate a cameo appearance.

Now that I’m a parent, I find this frustrating. I work so hard to engineer beautiful memories for my children, and I like to think that I’d score at least a walk-on. But deep down, I know I can’t. Parents must, by necessity, be elsewhere, unaware of childhood struggles until those children come home to us, dirty, bruised, and victorious.

So, while I was disappointed when I missed my son’s cross country meet, part of me knew that if I’d been in attendance, I might have cheated him out of a cherished memory.

Just after the start of the crowded race, my son crossed in front of another runner. That runner, later exacted revenge with a shove to the ground, in a spot on the trail where no adult was around to call the foul.

By the time he’d picked himself up and re-joined the race, my son had fallen far behind the main pack.

When he reunited with his teammates at the back of the pack, they joked about opportunities for restorative – if illegal – justice. However, as they joked, they pushed the pace, gathering teammates one by one and working together to catch the lead runners. By the time they crossed the finish line, ahead of both the offending opponent and their personal records, they were unified in victory instead of revenge.

If I’d been there, I’d like to think I would have behaved myself, but I’m sure I would have demanded justice for my son. I would’ve invoked the rules, demanded fair play, and Googled the Track and Field Rule Book for reference. In short, I would’ve helicoptered, steamrolled, and bulldozed right over the opportunity that presented itself the moment my son’s face hit the ground.

In the end, I’m grateful I was safely at home, ignorant of his struggle – because that race was his. His battle to fight, his victory to win, and his memory to cherish. 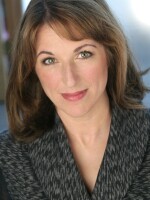