The practice of allowing our legislature, rather than Vermont voters, to resolve an inconclusive gubernatorial election is a vestige of power originally reserved to our Legislature, then largely white, male property owners, when our state was formed. I think it’s time to amend our State Constitution to always have Vermont voters complete the process.

But if we do this, we’ll have to choose whether to ensure that our next governor is backed by at least half of all voters casting ballots, a majority - or whether it’s better to select whichever candidate gets the most votes, a plurality.

We’ll have to decide which approach best strengthens our political process to serve the interests of all Vermonters.

Our recent November election provides a good example of this.

With many candidates, selecting who to vote for is tricky if it only takes a plurality to win. We might not choose to vote for the candidate we really want, if our favorite isn’t one of the two candidates we think most likely to win. After all, voting for our first choice may then help to elect our worst choice!

Thankfully, there’s another way we can solve this problem.

We can simply amend our Vermont State Constitution to require that the winning candidate obtain a majority of the total votes cast.

This result can be reached in several ways. For example, we could have a run off election of the two top vote-getters, or use instant runoff voting to rank the candidates in order of preference, thus saving the expense and delay of having a second, run-off election.

It would be reasonable to ask our legislature to consider these details and decide which approach would best meet a new constitutional requirement of a majority of the total votes.

This same approach could be used to elect ALL of our political representatives. That way, every candidate we elect would have more than half of all voters validating them as our legislative leaders.

Strengthening our political system is both important and timely. Improvements here in Vermont could set an example for much needed repairs to our national political system.

Article 7 of our Vermont Constitution effectively states that government exists to serve the broad public interests of its people, and its people have the right to improve it whenever necessary.

There’s a need for improvement and it’s time to get on with it! 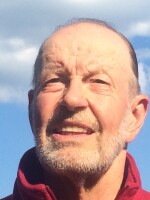 Rick Hubbard
Rick Hubbard is a native Vermonter, retired attorney, and former economic consultant now living in South Burlington.
See stories by Rick Hubbard
Subscribe To 'The Frequency,' Our Daily Morning Newsletter
Get up to speed on the news Vermont is talking about, delivered to your inbox every weekday morning.
Sign Up