My immediate reaction to the barbarous murder of the journalists at the French satirical weekly Charlie Hebdo – like that of many others - was 'I am Charlie.'

And I added my name to the Twitter hashtag ‘Je suis Charlie’ to show my solidarity with the French.
But now that I’ve had a few days to reflect, I’m having second thoughts - not about murders but about the publication itself. I have no doubt at all that my reaction to the murders was correct, but I’m no longer convinced that it serves the public interest for a newspaper to write in a manner that offends the deeply held religious beliefs of so many people.

I keep coming back to the idea that responsible media sources must use some common sense in choosing what to publish. And I don’t believe that the principle of free speech relieves the media from exercising editorial discretion to weed out material that crosses the line between satire and hate.

I can’t see the value of drawing cartoons that show the Trinity, a pillar of the Christian faith, copulating, as Charlie Hebdo did. And why insist on portraying the Prophet Mohammad in vile and in one case sexually explicit poses when pious Muslims consider it a sin to even draw his face? I can understand the use of biting satire to cut down pompous politicians or businessmen or other public figures; but what’s the point of offending, even baiting, those who are deeply religious and take their God seriously? Doing so serves no public purpose and is in fact hugely detrimental to peaceful coexistence in a multicultural and multiethnic society.

In India where I grew up, one has no choice but to learn from birth to co-exist with people from dozens of religions, cultures, and skin colors. Charlie Hebdo’s brand of satire would not be accepted there – and I would say for all the right reasons. . In fact, it’s now against the law In France to publish a textbook that denies the occurrence of the Armenian genocide, or the Jewish holocaust.

And I commend the mainstream American media for declining to reproduce the inflammatory and hurtful Charlie Hebdo cartoons - not because they don’t believe in a free press, or political correctness, but because they wish to avoid inflicting pain in the guise of satire.

To condemn wanton and inexcusable murder, I am still Charlie, but I am not Charlie if that means supporting a publication that peddles hate and insensitivity under the guise of satire. 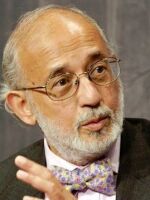