The health conscious mother of my college roommate used to tell her kids that Saltines were “cookies.” The logic went that little kids haven’t actually learned what a cookie is, only that “cookies” are a treat, and a simple rebranding would mean they’d happily eat low cal, low fat crackers for dessert.
For a while, it worked. Our taste buds are more suggestible than we realize. They’re shaped by our immediate food culture. If my roommate had been born in Japan or Thailand or a place where cookies really are crackers, she might have had a completely different take on treats and snacks.

Dramatic changes in food attitudes also happen over time. Colonial children, for example, drank very tart, alcoholic cider - stuff kids wouldn’t touch today. Back then lobster was known as a food of last resort, so unappealing that prisoners revolted against it. During the Depression, when oranges were rare, they were a holiday treat. After World War II, Spam became a staple ingredient in Hawaiian cuisine.

Currently, we love the flavor of processed foods, which journalist Michael Moss sums up as “Sugar, Salt, Fat” - in very high doses. And our taste buds have re-calibrated to this new baseline.

It’s a baseline that changes cuisine, and, with it, our health.

We’ve literally gone the opposite direction of the crackers-for-cookies trick. The other day, I noticed a box of cookies on the shelf contained less sugar than the box of crackers sitting beside it. I can’t remember exactly when this transformation happened, but I no longer find it surprising.

The USDA reports that older Americans eat more fresh vegetables than younger generations, who dress them up i n ways heavy on the sugar, salt, and fat. As raw veggies began to taste unfinished, and we adjusted our preparations accordingly, we reached a point where now increasing vegetables in our diet would contribute to weight gain, instead of the other way around.

Shifts in what we consider a “normal” diet keep adding up. Fortunately, history shows that these changes aren’t necessarily permanent. We’re born with certain preferences, but a lot of what we like is learned from what everyone around us considers normal. Those norms have been shaped by the environment, trade routes, wars, and business interests - and they could be also shaped by our own collective effort. If lobsters can become delicacies and Spam can rise to dominate an entire cuisine, then I’m certain we can find a way for things like fresh vegetables to be considered delicious, too. 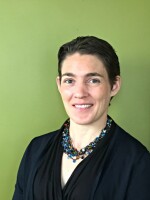