Businesses come and go here, as they do in every other state. In fact, over the last two years, an average of more than ten new businesses were formed every day. So beyond the surface of politics and sound bites, in which interest fades as fast as a warm day in March, there’s a deeper story about Vermont and our quality of life.

Several notable Vermont businesses have located here, or stayed here, because of that quality of life. And it’s a factor not to be ignored, since major corporate decisions can be swayed by a personal or emotional bias for Vermont. But the cost of doing business here is another story. Economic headwinds are real, and stronger in Vermont than in many other states.

I recently met with leaders from one of Vermont’s major high tech manufacturers, one that serves a critical employer role in rural Vermont. They’re committed to Vermont, but as any prudent manager will do, they keep an eye on the numbers. When you operate in multiple states, it’s hard not to compare. This comparison has put real numbers on the ever-elusive “cost of doing business” in Vermont.

This wasn’t an exhaustive economic analysis. But I might argue it’s a more important type of study - one done by a small business owner – the kind that may start an internal dialogue, or a dialogue with shareholders, about whether or not it makes sense to move.

The Vermont workforce is still another story. Business owners often tell me it’s difficult to find qualified and skilled workers - while paradoxically we still have large numbers of Vermonters looking for work.

There isn’t just one omnibus solution to economic development. But there are specific policy levers we can pull - the right combination of which could invigorate our economy.

A laser focus on building a skilled workforce, plus a regular dialogue with businesses about what they need to succeed, coupled with a diligent effort to reduce the financial cost of doing business would be a great place to start. 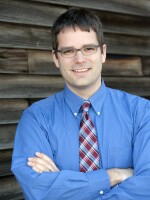