When I was a sophomore in high school, I stole a canoe paddle from another kid’s locker. I don’t know why - I didn’t even have a canoe. It was just one of the many, many idiotic things I did when I was 16.

After I got home from school that day, the phone rang. It was the shop teacher, Mr. Hilliard. He told me I had a paddle that belonged to one of his students. He said he’d be at my house in twenty minutes. He didn’t ask for directions. I met Mr. Hilliard in the driveway and handed over the paddle. Before he could ask me about why I had it, I admired the canoe that was on the top of his truck. He told me that a student in his class had made it. “Really,” I asked.

“Yeah, you should take the class,” he replied and drove off.

The next fall I did, despite a school administrator’s dire warning that Harvard and Yale didn’t want kids who took shop. Given my D+ in algebra, I wasn’t worried. During the next couple of years Mr. Hilliard taught me how to safely use a table saw, joiner, and planer. I learned about the properties of various kinds of wood. I learned how to make and read plans. I went on a three day class trip to the Adirondacks and paddled a cedar-strip canoe that I had built.

The day after graduating high school, I moved out of Vermont. I lost touch with Mr. Hilliard, who retired due to declining health and shifting pedagogical concerns at the school. When he passed away, I was abroad and didn’t attend his funeral.

Years later, I found myself teaching English at my old high school, an experience I liken to Welcome Back Kotter without the laughs. One day in a creative writing class, a student read an essay he had written about his favorite grade school bus driver who had taught the kids how to safely evacuate the bus in the event of an emergency. Weeks later, the driver pulled over and told the students he wasn’t feeling well. They needed to follow the lessons he had taught them. They did, but the driver died.

About halfway through the essay, I realized the student was talking about Mr. Hilliard. He had been a teacher till the end. He taught me, and plenty of others, about the connections between the head, the hands, and the heart. That has proven to be important knowledge, but none of it has ever shown up on a standardized test. 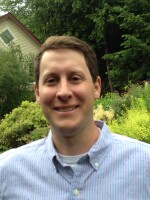