In her Oscar acceptance speech, Patricia Arquette declared, "It's (women's) time to have wage equality once and for all." While her statement drew applause, Arquette faced criticism when, backstage, she added, "it's time for (other groups, including) all the gay people, and all the people of color that we've all fought for to fight for us now." By highlighting the gender wage gap and suggesting that women have earned the support of "gay people… and… people of color," Arquette stirred controversies that have long animated U.S. women's history.

Some viewers criticized Arquette for speaking as if many women did not also claim membership in LGBT communities and communities of color. And they pointed out that women don’t all experience wage inequality in the same way: in a survey of median annual earnings for full-time, year-round workers in 2013, white women earned 78% of what white men earned, while black women made only 64%, and Latina women only 54%.

In the 1960s and ‘70s, white, heterosexual, middle-class leaders of second-wave feminism too often generalized their experiences to all women, thereby alienating many lesbians, women of color, and working-class women. So it’s important to realize that advocates for women's rights, like Arquette, ignore women’s diverse experiences at their peril.

Yet putting Arquette's remarks in historical context teaches us something else. For all of the gains that women have made, Arquette reminds us of a fundamental disparity. While college-educated women now earn almost as much as their male counterparts at the start of their careers, the gap widens significantly ten years on. While more women are political and corporate leaders, their numbers lag surprisingly far behind men's. Too often, these disparities are attributed to women’s ‘personal’ choice to balance family needs with career goals – ignoring the underlying problem that family needs are still being thought of as women’s personal issues .

In the struggle for gender equality, there is more history to be written. Benefits that enable some women to achieve income security, like family leave and paid sick leave, must be extended. Female-dominated fields such as care giving must provide a living wage. Affordable dependent care must be more widely available. Policies like this benefit everybody – not just women, and certainly not just white women. But Arquette is correct that they are driven by women’s issues.

We continue to need women’s history and gender studies because they force us to account for race, sexual orientation, and other factors – and because the struggle for gender equality continues. 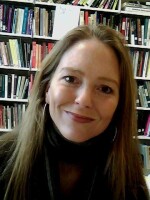 Holly Allen
Holly Allen teaches courses at Middlebury College on U.S. cultural history and cultural studies, political culture and theories of citizenship, women’s and gender studies, the history of sexuality, and digital history.
See stories by Holly Allen
Subscribe To 'The Frequency,' Our Daily Morning Newsletter
Get up to speed on the news Vermont is talking about, delivered to your inbox every weekday morning.
Sign Up