Boggs: Music And The Titanic

It was on this date, just before midnight in 1912 that the ocean liner Titanic, on its maiden voyage from Southampton, England, to New York City with more than 2,000 people aboard, struck an iceberg. Two hours and forty minutes later, in the early morning hours of April 15th, the ship sank, taking with it more than 1500 lives. It’s considered one of the deadliest peacetime maritime disasters in history.Still, there are so many disasters to commemorate in the 20th century that I’m fascinated by how this one continues to have such a hold on our imagination. While it was undoubtedly of great significance for those aboard and their families, its historical significance pales in comparison to its enduring cultural meaning.

James Cameron's movie depicted the sinking of the Titanic as an upstairs downstairs sort of romance reminiscent of popular television programs like Downtown Abbey. In fact, the Downton Abbey story itself begins - in its first episode - with references to the sinking of the Titanic. And it’s easy to see Downtown Abbey itself as a luxurious ship also in danger of sinking - though more slowly – under the weight of a past heavy with stories and emotions.

But when I think of the Titanic, what I most often think about are the musicians. It moves me, to imagine the string quartet playing as the unsinkable ship was sinking.

We can’t possibly know for certain why they did this, or how they felt at that precise moment, but I like to think of them as artists - as professional musicians. The professional part involves work and wages, practice and training, ambition and success. It may also involve performing under difficult circumstances. The show must go on, and in this case, the musicians simply kept playing.

But I also imagine that this went beyond doing one's duty as a professional; that they kept playing because their vocation was their avocation; that they loved what they did for work; and that a musician at heart would want to hold dear to the last, the instrument and the music he loved.

I think there’s a lesson to be learned from these tragic deaths about what it means to live a good life that involves creating art with others, and for others, in the best and worst of circumstances. To me, the romance in this story is about star-crossed lovers of music and art against the odds – and that keeps it relevant to this day. 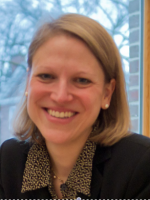