When I paid my taxes the other day, the process got me to thinking about where the federal government gets the power to appropriate 25% of my income. And since I'm a lawyer and a teacher, I began to wonder about the intersections between the law and tax policy.So I dusted off my dog-eared constitution and the Federalist and Anti-federalist papers – both close at hand since I've been teaching Constitutional Law this semester – and found that the power of the federal government to collect direct taxes - that is to tax the people directly – has been an item of major debate ever since our nation’s founding.

On one side, the Federalists asserted that the Articles of Confederation left the government dangerously weak because the fledgling country couldn't pay its wartime debts. On the other side, the Anti-federalists raised the specter of a federal government with broad tax power usurping the states and imposing tyranny in the form of the federal government.

Ultimately, the competing interests reached a compromise, in which Article 1 of the Constitution provided that direct taxes are apportioned among the states based on population. Ratification didn't end this debate however, and in 1913, when the 16th Amendment allowed Congress to collect taxes on income, the federal income tax was born.

So it’s clear that Congress has the power to force us to turn over a significant portion of our income. But in thinking about the check I’ve just written to pay my share of keeping the government more or less solvent - I can't help but wonder whether Vermont might spend the money differently if the Anti-federalists had prevailed and that check were going to Montpelier rather than Washington.

And just for a moment, I indulge in a daydream that if the Anti-federalists had prevailed we might have single payer healthcare in Vermont, sufficient funds to clean up Lake Champlain, plus additional revenues for roads, bridges and vital social services. Perhaps we'd even be able to fight for GMO labeling without needing to beg for charity to pay the anticipated legal bills.

These aren't new debates and they aren't going to be resolved any time soon. We've been arguing these legal, constitutional and policy issues since the 1700’s. So for now, I'll put my check book away, file my returns and get back to work – so I can earn more income to keep Uncle Sam in the black. 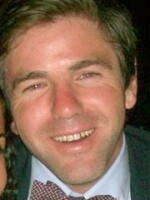