It’s impressive that lacking a major league team in Vermont, there are so many devoted sports fans.

And I’m one of them, but my passion is tennis - a sport falsely seen as elitist that gets very little love here in the states – and that’s a shame because tennis is engrossing, and both physically and emotionally challenging.

They’re incredibly fit. They spend hours in the blazing sun , fast-twitch muscle fibers reacting in milliseconds, racing after balls that scream across the net at 100 plus mph. Not only must they hit the ball inside the court, they must also anticipate their opponent’s next move and disguise their own shots. There’s no one to spell them when they’re tired, the coach can’t give them a pep talk during commercials, and it takes a lot of wins to take home the prize.

This week, I’m watching the French Open - an exciting Grand Slam event played on red clay courts - which are popular in Europe but daunt many Americans. The legendary Pete Sampras never took home the French Prize.

But Serena Williams has, twice, and she’s competing again this year at age 33. Serena has already won 34 grand slam titles and 4 Olympic Gold medals, playing singles, doubles with her sister Venus, and mixed doubles too. She’s also grown into one of the kindest women in sports, graciously encouraging the younger players as they nip at her heels.

Among the men, the extraordinary Serb, Novak Djokovic, is the guy to beat right now. He’s been #1 for 149 weeks, and he came to Paris having won four big titles in a row: Indian Wells, Miami, Monte-Carlo and Rome.

Djokovic has astounding talent on the court; plus he’s really smart, articulate and funny off court. He’s genuinely a nice guy - NOT a bad boy - and that may be the problem. Perhaps the lack of players throwing tantrums and dating movie stars makes tennis less compelling than – say - hockey or football.

But in tennis there are no scandals or brawls, just a beautiful, tough game played by quality athletes.

Djokovic resists defining a champion by results only. Instead, he says, “To be called a champion, you have to be a complete person, have strong character, a strong sense of compassion, values… and be humble. It is a holistic approach to the definition of a champion for me.”

I think Djokovic and tennis both deserve a closer look. 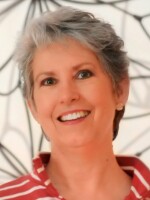 Leora Dowling
Leora Dowling is a public speaking and communications teacher and consultant.
See stories by Leora Dowling
Subscribe To 'The Frequency,' Our Daily Morning Newsletter
Get up to speed on the news Vermont is talking about, delivered to your inbox every weekday morning.
Sign Up