Recently, Bill Stenger and his development group broke ground for AnC Bio Vermont. The Newport plant, set to open in the fall of 2016, will introduce something different to Vermont’s economic landscape: Industrial health care.

Stenger’s data shows that the biomedical industry is the fastest growing economic segment in the world. But one problem the industry struggles with is an actual place to do business. Unlike a specialty food entrepreneur starting out in his own kitchen, this type of plant requires expensive equipment, pains-taking regulation, and a ton of money. In this case, about $100 million.

Clean rooms must be specially constructed and require FDA approval.

Clients, including pharmaceutical companies, universities and hospital researchers, and all manner of stem cell companies, will manufacture their products in Newport primarily because they won’t have to bear the cost and time-lag of building their own clean rooms. They’ll simply use AnC Bio’s facilities and technicians.

This is similar to what IBM in Essex Junction does. For the most part, IBM takes the designs of other companies and manufacturers them in its clean rooms, where it can also test them. The space and workers are already in place.

Stenger says when his plant is fully up and running it will employ up to 450 workers. Most will be technicians, but there will also be some PhD caliber workers as the R&D requires.

This project is based on two variables. First, the stem cell market is valued at $1.4 billion now and it’s expected to be $160 billion worldwide by 2030.

This is the classic, “If you build it, they will come” part of the equation.

Second, while a similar plant in South Korea was swamped by debt before the business model could take off, this plant is paid for.

Stenger is using EB-5 immigrant investor money. And while this funding has its own complications, including federal and state regulation, it means that there’s no debt. The EB-5 investors are similar to IBM shareholders, in that they have a minority interest but do not control the operation. Stenger and his partners do.

Still, while Stenger has succeeded at hospitality ventures at Jay Peak and Burke Mountain, this is a profoundly different type of industry. He’s done exhaustive homework and traveled the world from Asia to Africa, to sign up immigrant investors.

So it’s fair to say the rest of us won’t completely believe it’s a going concern until it’s actually thriving. 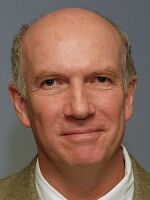