A friend of mine, a former police officer, once described the legislature while in session as a “romper room” but he said it with a grin.

Beyond moments of politically inspired humor however, is the reality of serious legislating: Making good laws, and constructing budgets that are within our means. How these two activities are done, and the results, tell who we Vermonters are and what kind of government we want.

The hard work of fashioning a budget that meets our needs and honors our commitments falls to the Appropriations committee. I served there. The governor proposes a budget for the state each January and the committee deliberates on the section called the General Fund. In the present fiscal year that fund was one billion four hundred and seventy million dollars  ($1billion 470 million).

That may sound like a lot of money, but it isn’t – in fact, it’s almost never enough.  And for the coming fiscal year a shortfall of 74 million dollars is predicted. It’s a problem one senator dubbed “the hungry alligator”.

Here’s a précis of where those dollars went and pretty much where they will go in the coming January session – 70% of them to areas which are not really policy: Debt service, corrections, retirement obligations, higher education, and the largest items, the education fund and Medicaid. The other 30% covers the general costs of government and grants the state makes.

Medicaid alone received an appropriation of $350 million dollars. More than 200 thousand of our people, children and adults – 1/3 of our population - are served by Medicaid.

That’s the health care program for low income Vermonters, partnered by Vermont and the federal government. Washington bears the larger share of the costs – our state taxes the other part .  But, it’s the Appropriation committee that determines what our limited Medicaid dollars can be used for – like whether a child with cystic fibrosis, born into a low income family, will be given access to a very expensive new drug that effectively combats the disease.
Each decision in the appropriations process requires committee members to maintain both a certain degree of courage as well as a clear vision of who we Vermonters are -  because every decision has real consequences and there are no easy choices.

I laughed at my friend’s view of the legislature as a “ romper room.” But the real  legislative process is serious business, indeed. 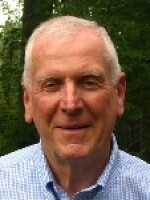