Things don't change very often in the New North End of Burlington – with the one exception that North Avenue has been changed and redesigned almost constantly for the last 60 years.

The result is that a recent study group has found it to be one of the most accident prone and unsafe streets in the entire city. Many people report motorists speeding, illegally passing or otherwise causing stress in traffic. People who try to cross the street look like they’re playing the video game Frogger.

Now planners suggest transforming a nearly-mile-long 4-lane section of the road into a 3-lane section with a middle turn lane. They want to create contiguous bike lanes along the entire stretch of the street and add five more crosswalks.

So the city proposed a test, and the City Council unanimously passed a resolution to implement a pilot project and created a citizen-led task force to help implement the pilot and measure success.

I’m a member of that Pilot Task Force, and it’s been a challenge to get out education and information with no budget and minimal city resources. But once we manage to explain that we’re trying to make North Avenue slower, safer and more in tune with the kids, parents, adults and seniors who use it - how we’re trying to create an Avenue for Everyone - most New NorthEnders accept that the pilot will help improve the quality of life in a changing neighborhood.

Still, there is also an energetic opposition with some political support. Opponents predict that the new configuration will cause drastic traffic jams. Some claim the mayor is trying to force Burlingtonians to bike more. And others seem to think the EPA is behind these changes and is using federal money to undermine local decision-making.

The backlash was both immediate and loud. And I’ll admit that the pilot may add another minute or two to everyone’s morning or evening commute. But to my mind, the multiple traffic horror stories in Vermont this year add urgency to finding ways of making our roads safer for all those who drive, walk or bike on them. In fact, I think a couple of minutes out of my day to reduce crashes and increase comfort are, in the long run, a small price to pay. 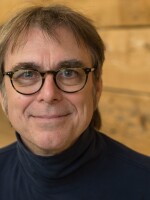