It was a cold and snowy January, and my mom was sick. My family home is on a dirt road in rural Vermont, so it took a while for Mom to go see our family physician, who sent her home with prescriptions. But her symptoms got worse, so after two trips to her small, local hospital, then a bigger one for more tests and possible gallbladder surgery, she was moved to a large regional medical center nearby.

By the time I arrived, Mom was seriously ill with a severe bacterial infection and a white blood cell count that was frighteningly high. With strong antibiotics, she slowly improved, yet other problems began to emerge, and Mom was transferred to the ICU.

The specialists weren’t short on opinions but couldn’t agree on an underlying cause. And on March 7, after being moved several times between the ICU and other floors, often with inadequate staff communication, my mother died.

My mother was Susan Keese. She was an accomplished writer and reporter, and although she was in many ways a private person, she was deeply courageous. She made it her life’s work to tell people’s stories and to help others by illuminating the truth.

So here’s what’s true: My mother died of Hepatitis C. When I heard this diagnosis, I didn’t fully understand the stigma the disease carries with it, how complicated it was or how good it can be at hiding. I didn’t know that the CDC advises anyone born between 1945 and 1965 be tested for it. And if I didn’t know, chances are I’m not alone.

It took weeks to diagnose my mother - and it could have been prevented. If just one doctor over the years had run a Hepatitis C test. If only Mom had asked to be tested. But the disease lay in wait, mostly without symptoms, for more than 40 years.

There’s a new class of drugs available for treating Hepatitis C, and they’re nothing like the previous ones, which were just marginally effective and came with a host of nearly unbearable side effects.

The new treatment more or less constitutes a cure. The drugs are very expensive unless you’re of Medicare age - which at 67, my mother was - but if testing for Hepatitis C were made routine for everyone in this age group, and a great many more people needed the drugs, maybe the price would come down.

I wonder how many deaths could be prevented. I bet my mother would want to know. 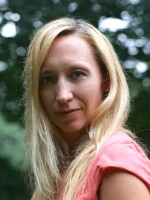 Annie Noonan
Annie Noonan is a freelance editor and writer living in York, Maine. She's originally from South Newfane, Vermont.
See stories by Annie Noonan
Subscribe To 'The Frequency,' Our Daily Morning Newsletter
Get up to speed on the news Vermont is talking about, delivered to your inbox every weekday morning.
Sign Up