We’ve become the fifth state to guarantee three earned sick days per year after a two-year phase in. Here’s what that means for working families.

If your child wakes up with a fever, you no longer have to agonize whether to send her to school sick, or whether you stay home from work to care for her. If your grandmother suddenly has to go to the hospital, you can take time off and take her there, without losing a day’s pay, or possibly your job for not showing up.

The business community has traditionally opposed such family friendly laws because they feared that earned sick days would mean new expenses, and a new mandate.

In years past, the two sides did not speak to one another. And proposed legislation failed. But this year was different. Both sides sat at the same table under the banner of the Vermont Main Street alliance - where both sides were represented. They not only talked about their concerns, they listened. The earned sick days law is a good example of what can be accomplished when opponents work together to achieve common ground.

The new law recognizes that in two wage earner families, someone has to stay home when a child or grandparent is sick. The alternative is for one parent to drop out of the workforce which will drastically reduce that family’s income, and may force them to slip into poverty.

There’s a growing recognition that one practical approach to reducing income inequality - a central issue in this election cycle - is to enable women and men to continue to bring home a paycheck. That means adopting policies such as earned sick days, which help both moms and dads to be good employees and good parents.

Once earned sick days and equal pay for equal work were considered “womens’ issues.” Today we recognize that such family-work policies are primarily economic issues. By making it easier for two wage earner families to be both good providers and good caregivers, everybody benefits. Less turnover and more productivity for the employer, and more income and family time for the employee means a win/win all around. 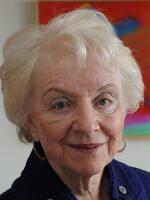