The summer of 1927 began with youthful aviator Charles Lindbergh becoming the most famous man on earth. To commemorate his historic trans-Atlantic flight he landed in Springfield, VT on July 26. Minutes before landing he flew directly over three women laying in a field staring up with delight as they read “Spirit of St Louis” emblazoned on the side of the plane.

One of these women was my grandmother, Catherine Robbins Clifford. It was her second day of a 27-day journey with two friends, Hilda Kurth and Kathleen Norris, to hike Vermont’s 300-mile Long Trail from Williamstown, MA to the Canadian border. Their intention was to spend their summer vacation enjoying the Green Mountain Club’s beautiful resource, with the benefits of exercise and being in the outdoors.

But their hike became a-coast-to-coast media frenzy and caught the attention of the entire country. Headlines hailed the hike as an extraordinary adventurous stunt for women, and dubbed them “The Three Musketeers”. They quickly captivated the older generation as a “Joyous impulse toward youthful fun”. Many were astonished as headlines gasped, “They carried no firearms and had no male escort”. They were the first women to complete this trek — something conventional wisdom in the 1920s insisted women couldn’t do.
But their fondest hopes were realized on August 25, 1927 as they stepped on the Canadian line to become the first ever-documented women to complete the Long Trail hike.

I longed to follow my grandmother’s path. And in 1997 I thru-hiked the Long Trail end-to-end with my sister.

Never before had I undertaken such an invigorating journey. Experiencing the trail myself allowed me to truly grasp its ruggedness, and the challenges these three women happily endured. It gave me confidence, a renewed sense of freedom and made me forever fearless about bringing my own risky ideas to life.

My grandmother’s “daring and adventurous zest for life,” her spiritedness and her heroic 1927 adventure helped make me the strong person I am today. Her legacy and that of her companion Musketeers broadened minds and inspired countless women to be brave and believe that they could accomplish bold things.

The historical triumph of the Three Musketeers set a tone for more women to aspire to personal freedom.

The viral effects of the media coverage influenced many women across the country to seek out valiant new opportunities to challenge the traditional roles of women and reclaim the rights of womanhood – including the choice to get outside - for hiking, recreation, and the simple reward of being ourselves. 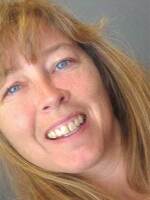 Cara Clifford Nelson
Cara Clifford Nelson is the granddaughter of one of the first women to hike Vermont’s Long Trail. She owns Swift Trek Media, lives in Huntington, VT and is end-to-end hiking the Long Trail for the second time with her 13-year old son.
See stories by Cara Clifford Nelson
Subscribe To 'The Frequency,' Our Daily Morning Newsletter
Get up to speed on the news Vermont is talking about, delivered to your inbox every weekday morning.
Sign Up