Our National Parks: For The Benefit Of All

National parks have famously been called “America’s best idea." This expression is commonly interpreted as meaning preservation of America’s iconic natural and cultural history. But it’s more accurately a reflection of the foundational democratic ideal represented in the national parks.

Established in 1872, Yellowstone National Park was not just the first national park in America, but in the world — the first time a nation set aside a large area of its land for the benefit of everyone, not just a privileged elite.

The power of this idea is today manifested in the more than 300 million annual visits to the national parks.

But like many numbers, this statistic can be misleading; racial and ethnic minorities are chronically underrepresented in the national parks.

The National Park Service is responding to this issue to help ensure the “relevance” of the national parks in the face of a rapidly evolving population.

Many of the newest national parks honor and celebrate the culture and history of underrepresented groups. For example, Selma to Montgomery National Historic Trail commemorates the 1965 march for voting rights of African-Americans. Ceasar E. Chavez National Monument commemorates the labor leader’s efforts to help advance the cause of California’s mostly Hispanic farm workers. And Manzanar National Historic Site tells the story of Japanese-Americans internment during World War II. These are just a few of many such parks.

Moreover, existing parks are being reinterpreted to tell more diverse stories. For example, the national park in southeast Montana was originally called Custer Battlefield National Monument, but the name was recently changed to the more inclusive Little Big Horn National Monument. A memorial has been erected to honor the Lakota and Cheyenne warriors who died fighting Lt. Col. George Custer and his troops.

Yosemite National Park offers educational programing on the role the “Buffalo Soldiers," an African-American unit of the U.S. Cavalry, who protected the park before the National Park Service was established in 1916.

For example, the National Park Service periodically conducts studies to establish new parks; the last two studies address Latino American history and parks related to Lesbian, Gay, Bisexual, Transgender and Queer heritage. To maintain their relevance and to fully meet their democratic ideal, the national parks must become as diverse as America itself. 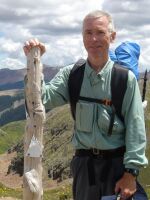