Rachele: The World Is Pivotal

The world has pivoted. For some, hope has faded, while others are assessing the potential of this current change of political regime. Everything feels disrupted. And yet, I have to admit, I’m a little excited.

Embrace change’ is one my mantras. ‘Value a diversity of opinions and perspectives’ is another. And so is ‘Live by your values and don’t be a hypocrite.’ So that’s where my thoughts about the future begin.

We face an enormous time of challenge, but we won’t move forward by just taking sides. We must continue our efforts to understand root issues, and work on causes, rather than react to effects.

The recent presidential campaign didn’t afford us much opportunity to think about, to discuss or to debate shared concerns affecting the greater community. Poverty and social injustice are big concerns. Like Bernie says, ‘economic inequality and institutional racism exist in parallel’.

The U.S. hasn’t been a social justice leader for a long time now because of its inability to reduce poverty. As a result, according to the Economic Co-operation and Development ‘s Social Justice Index, it ranks 27th out of 31 developed nations. Countries such as Norway, Denmark, Hungary, Poland, Italy and France are far superior. The only countries worse off than the U.S. are Greece, Chile, Mexico and Turkey.

Abject poverty anywhere compromises people’s sense of self-worth and dignity, but here in America, according to the organization Inequality Now, “Far too many Americans still see poverty and poor people through a racial prism that distorts demographic realities — and undermines efforts to narrow income inequality.”

What I call our national compulsive obsessive racial disorder has created counter-productive social justice outcomes. And this is what happens when we disregard the fact that poverty knows no color.

Living just above, at, or below the poverty line cannot be taken as a reliable indicator of status; nor should any class of people be seen as either ‘privileged’ ‘or ‘superior’ simply because of the color of their skin. To make such assumptions results in a dangerous and unfair kind of branding that fuels confusion, animosity and group polarization.

Vermont has significantly more poverty than visible racial diversity, but racism, sexism, homophobia, and Islamaphobia do exist here. And if we’re to confront each of them effectively perhaps we should first do more to concentrate on poverty reduction, for all of our citizens. 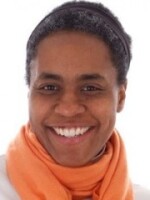