When my daughter, who has her own infant daughter, mentioned that many local people would be marching in Washington, New York, Boston, Montpelier and Greenfield, Mass., and asked if there were any marches closer, I realized that there weren’t. So I got busy and organized a Sister Vigil in Brattleboro. I called the town office for expedited permits, wrote text for the Brattleboro Reformer, did interviews on local radio, and, especially, spread the word on social media.

On Saturday more than 200 people gathered at Pliny Park in Brattleboro to wave signs and sing songs like “We Shall Not Be Moved” and “This Little Light of Mine” and finally, after a moment of silence, “America the Beautiful.” It was a sea of pink, with young women, grandparents, moms, dads, kids, and dogs… a positive, cheerful community event, and the community created it — town officials who helped me get hurry-up permits, media folks who made room in the paper and the airtime schedule to let people know about it, friends who helped me make signs for people who might not have one, the guy who showed up with a guitar to help lead the singing, and of course, most of all, the people themselves who gathered to show their concern in a positive way.

In a democracy, the very first step is to vote. In a tweet, President Trump questioned whether the millions of marchers had voted. Probably most did – and Hillary Clinton actually won the popular vote – but many millions did not vote for any presidential candidate, and many more millions don’t bother to vote in state and local elections.

Those elections matter, because state representatives not only pass laws affecting everyone in the state; they also determine voting districts. So I think the next step is to communicate with our representatives. No matter what our issue, no matter what position we take on a given issue, we need to let them know where we stand.

In the days and months ahead, I hope they’ll have millions of calls, emails, tweets, and even postcards coming their way. 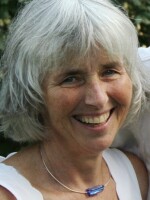