I was at the Green Mountain Film Festival last weekend. Living an hour away, I tend to say I’ll go more often than I do, but the Vermont ACLU was co-sponsoring a screening of the documentary Equal Means Equal and I had agreed to moderate a panel following the film. The film itself is a powerful look at the current state of women’s rights, told through interviews with women across the country. The discussion ranges from the legal, to the economic, to the personal. And those interviewed spanned the generations, from women who had been on the front lines of the Equal Rights Amendment fight of the 1970’s, to the new generation of young activists.

Interesting as the film is, though, I was more excited about the discussion after. Back in January, along with approximately twenty thousand others in Montpelier alone, I’d been energized by the Women’s March. The spirit and sense of community was remarkable, and I was hoping to again connect with others to recognize that a call for women’s rights is fundamentally a call for shared human dignity.

I wasn’t disappointed. Both on the panel and in the audience were seasoned feminists who had worked to support the ERA and who were ready to get out on the streets and fight for it again, both nationally and locally. One woman, inspired by the grassroots support she’s seeing for the ACLU and Planned Parenthood, expressed frustration at seeing local organizations being targeted for budget cuts they can’t afford - like The Circle, a Barre non-profit providing services for victims of domestic violence.

Attempting to offer some better news, Diana Gonzalez, a legislator from Winooski, spoke about the Paid Family Leave Act that’s headed to the House Ways and Means committee. The act would provide up to twelve weeks of paid family leave and includes critical pregnancy-related protections for women, something that can still threaten a woman’s job security. However, due to concerns over taxes and impact on businesses, Governor Scott has threatened a veto.

Still, more than seventy percent of Vermont’s children have all available parents in the workforce. And with increasing hardships likely to be coming from Washington, it seems more important than ever for Vermonters to do everything we can to protect women and families. 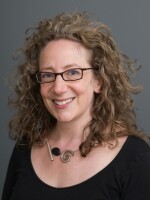