Reilly: The Invention Of The Middle Class

Today, legislation is under consideration in Washington that would, by most accounts, amount to a massive transfer of wealth from middle class Americans to large corporations and the super rich.

The Joint Committee on Taxation and the Congressional Budget Office estimate that under this plan, people making 40-50 thousand dollars would pay a combined 5.3 billion more in taxes, while people earning more than one million would get a 5.8 billion cut over ten years. It would add a trillion to the federal debt, create incentives for companies to move production offshore, and constrain state governments’ spending on priority programs.

This is a far cry from the traditional big government/small government debate that can serve as a constructive tension in policymaking. This legislation is neither conservative, nor economically stimulating. And it’s giving experts across the political spectrum cause for concern.

If there was ever a moment to consider our collective values, that time is now.

Humans have a tendency to assume that there’s something natural and inevitable about the status quo; that obtuse tax policy changes are just tweaks to the edges. But there’s nothing inevitable about it. The American middle class exists because of policies like Roosevelt’s New Deal, collective bargaining under the National Labor Relations Act, and the establishment of the Federal National Mortgage Association. We invented the middle class – and we can just as easily dismantle it.

It was a bipartisan understanding after World War II that human dignity needn’t be political. Everyone should have the opportunity to acquire a modest nest egg and retire some day. It’s been executed unevenly, but we can continue to aspire to it.

This holiday season, my family will be ringing the bell for the Salvation Army, and the irony is discouraging. While working and middle class Americans donate hard-earned twenties to their struggling neighbors, Congress considers a historic transfer of wealth from all of us to a plutocratic class.

But I take heart in the fact that our twenties still help our neighbors. And I believe our efforts have not only an economic function, but also a civic one. We’re nurturing a new generation of citizens who will honor their commitment to one another – and vote like the middle class depends on it. 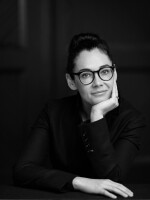 Meg Little Reilly
Meg Little Reilly is the author of the novels EVERYTHING THAT FOLLOWS and WE ARE UNPREPARED. Prior to writing novels, Meg worked in national politics. She has a B.A. from the University of Vermont and an M.A. from the George Washington University. She grew up in Brattleboro, moved away for a time, and now lives in Hinesburg with her husband and two daughters.
See stories by Meg Little Reilly
Subscribe To 'The Frequency,' Our Daily Morning Newsletter
Get up to speed on the news Vermont is talking about, delivered to your inbox every weekday morning.
Sign Up