Kornbluh: Time for a Women's Party?

Recent news about sexual harassment and violence have lit up every point in the political heavens. The most discussed stories touch mainstream Democrats, like Harvey Weinstein; conservatives like Roger Ailes; left-liberals, like Al Franken and John Conyers; and nominally Republican President Donald Trump, himself.

It seems clear that the two major parties don’t fully represent women and others who lack power within gender and sexual hierarchies. So I’ve been thinking it might be time for something new – like a Women’s Party – or, better yet, a Gender Equality Party.

The idea may sound radical, but Britain’s had a Women’s Equality Party since 2015. Plus the idea could legitimately claim a distinguished pedigree in the United States.

After suffrage, feminists birthed a National Woman’s Party. While it was an imperfect organization, almost all wealthy and white, it tried to create an autonomous women’s political bloc. So did the League of Women Voters – although its members joined the mainstream parties.

Disappointment with male-dominated politics then resurfaced in the ‘60s. Radical feminist Robin Morgan wrote: “No more, brothers. No more well-meaning ignorance, no more co-optation, no more assuming that this thing we’re all fighting for is the same.” Black feminist Michele Wallace challenged those who claimed that African American women “had to understand that manhood was essential to revolution – unquestioned, unchallenged, unfettered manhood.”

A Gender Equality Party would face challenges. Feminists know that women’s political needs are tied to their race, class, geography, physical and cognitive ability, and nationality. Feminism embraces women born as men and people who don’t identify with traditional genders. The Party’s agenda would not be an obvious one.

But I think it might be worth a try. A Gender Equality Party could remind Democrats, Republicans and Progressives that feminists – and LGBT people, trans people, and allies - are part of every winning coalition. It might even stop Democrats from throwing reproductive rights, and sexual and gender expression, under the bus in tough political times.

Theorist Juliet Mitchell once predicted that the “longest revolution” would be that of women. And judging by the news from Hollywood and Washington, that revolution still is far from over. Perhaps a Gender Equality Party would bring us closer to where we ultimately want – and need - to be. 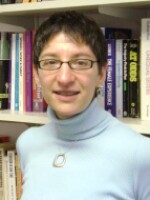 Felicia Kornbluh
Felicia Kornbluh is an Associate Professor of History and of Gender, Sexuality, and Women’s Studies at the University of Vermont. She served for six years as Director of the GSWS Program at UVM and as a Commissioner on the Vermont Commission on Women and President of United Academics, the UVM faculty union (AFT/AAUP). She has worked for congressional committees and think tanks in Washington, D.C. Kornbluh holds a B.A. from Harvard-Radcliffe and a Ph.D. from Princeton University. Her books include The Battle for Welfare Rights (2007) and Ensuring Poverty: Welfare Reform in Feminist Perspective (forthcoming, 2018). Her articles have appeared in a wide array of academic and non-academic journals. She is also a member of the Board of Directors of Planned Parenthood of Northern New England.
See stories by Felicia Kornbluh
Subscribe To 'The Frequency,' Our Daily Morning Newsletter
Get up to speed on the news Vermont is talking about, delivered to your inbox every weekday morning.
Sign Up