Markowitz: Getting Our Attention

Recently, I was alarmed to hear that a middle school girl was being harassed by a teenage boy who leaned out of the window of a car to yell - "brown people don't belong in this country. Get out!" After it happened the second time, her father reached out to the community to help identify the offending teen. And I can easily see how he would be concerned for his daughter’s safety.

Incidents like these are all too common everywhere – even here. According to the FBI, the number of hate crime incidents reported to law enforcement, have surged after many years of being in decline. Reported hate crimes in Vermont doubled from last year.

And it’s no wonder. Leaders have the power to inspire us to be our best selves - or they can appeal to our worst. When political leaders use foul language to describe the home countries of immigrants of color, and dismiss all immigrants as rapists and criminals, it’s not surprising that a teenager in Vermont might feel empowered to harass someone just for the color of their skin.

So it’s more important than ever for local leaders to acknowledge the problems of racism, and I was proud when the Montpelier School Board, in a unanimous decision, allowed the high school to fly the Black Lives Matter flag. The stated intention of the student–led Racial Justice Alliance, was to “…do more to raise our predominantly white community's collective consciousness to better recognize white privilege and implicit bias."

Growing up in a white liberal family, I remember being told that “we don’t see color – we just see people.” But now I understand that color-blindness is one of the many privileges of being white. And when we profess not to see race, we discount the experience of people of color. Race does matter, both because racism continues to exist, and also because race, like ethnicity, is an important part of an individual’s identity.

As Vermont becomes more diverse, we must face up to the systemic racism that still exists in our communities. And it’s not just the fact of teenager harassment, but bias in our schools, our employment offices, our criminal justice system and in the halls of government. The first step in ending systemic racism is to admit that it exists.

And if it takes a flag to get our attention, so be it. 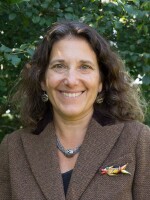