In spite of the spending and doping scandals and political maneuvers, I love the Olympics. Mostly because as a kid, the Olympics helped me see what it takes to be a champion.

And nowhere is the champion mentality more evident than at Cochran’s Ski Area, which happens to be just four miles from my home. The three-run hill doesn’t exactly attract Stowe and Killington crowds. There’s a T-bar and a rope tow, and the chili in the lodge is homemade.

It started out as a neighborhood rope tow that Mickey and Ginny Cochran built in their backyard. To paraphrase what’s known as The Cochran Way, the family principle is to have fun first, and then, with time, notice all the little tweaks that can push practice toward excellence.

Excel at something, the parents advised. It didn’t have to be skiing, but for their four kids and several of their grandkids, it was - including Barbara Ann Cochran, who won Olympic gold in Innsbruck in 1972, and her son Ryan Cochran-Siegle, who’s competing in PyeongChang.

I taught lessons there for a season before my son was born. And I learned that the first thing to teach is how to fall down so you can hit the snow safely and get back up.

In the self-improvement industry, this is called ‘Fail Better’ and ‘The ten thousand hour rule of mastery.’ At Cochran’s, kids just learn by doing. They learn that falling is inevitable, that being outside in the cold with your friends is fun, that pushing yourself feels great, and that discovering you’ve trained muscle memory into your feet and legs so you can feel your heart lift when you fly faster than you ever have before… is awesome.

The best part is that through school and after-school programs every kid in Richmond has this opportunity because Cochran’s is a nonprofit, with a mission to deny no child the chance to learn to ski and ride. What they don’t advertise is that the instructor complimenting a carve, hanging out behind the snack bar, or monitoring the Mitey Mite, could be an Olympian.

This is what I mean about champion mentality. It’s about sharing skills honed for years with the community, training great skiers, building resilience and room for joy in kids.

It's about reaching the top - and bringing it home.

[Tag] Katie Titterton is a freelance writer and communications consultant in Richmond. 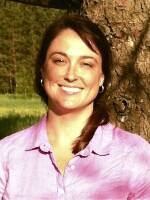