White: The Price Of Freedom

I am a card-carrying member of the National Rifle Association with a healthy distrust of our government, and I was as heart-broken as anyone to learn how one young man turned predator and hunted down and murdered fellow human beings – most of them children not unlike my own. Yes, we’re granted the right to bear arms, but at the same time our Declaration of Independence spells out our inalienable rights to Life, Liberty, and the Pursuit of Happiness.

Given this equation, if somebody must have their rights as defined curtailed to some degree, I think it's easy to see that my right to bear arms is infinitely less important than a child's right to live.

We’re not Australia, and guns are not going away. An outright ban would, in my opinion, tip the balance too far in favor of anarchists and other bad actors. But at the same time, if this latest killer had been required to wait until he was 21, there's at least a chance he might have changed his mind. And given that possibility, I could support such a requirement to purchase a firearm.

We say guns don’t kill people; maybe that’s true, but a gun did make it easy to quickly and efficiently kill 17 people. I don’t buy the "ban assault-weapons" argument since the fact is that any capable shooter could have done comparable damage with just a couple of standard hunting rifles. To me, the notion that an assault-rifle is so much worse than a “regular” rifle is nothing more than a wedge to keep us divided and arguing over an essentially unimportant distinction.

We do need to figure out what’s happened in our culture to make guns "sexy" and to de-sensitize all of us to violence. I don't know whether to blame TV, video games, or our constant state of war, but we humans have gotten amazingly efficient at developing tools to kill each other. Our appreciation of life apparently hasn't evolved at the same pace. I think it would benefit all of us if the CDC was allowed and directed to study violence - and specifically, violence involving firearms.

I don't know how to fix everything, but I do know that embracing more and more us-versus-them, native-versus-newcomer, republican-versus-democrat, or man-versus-woman dichotomies won’t help.

We need some real leaders to sit down, leave the dogma and catch-phrases behind, and design a balanced approach to regulation, prevention and punishment.

Our freedoms are truly precious but not more so than the lives of our children. 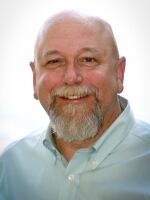 Tim White
Tim White grew up in Westford, attended UVM and has worked with his hands all his life. He is currently an IT Manager for a local Burlington business. He is married, with 2 daughters and 3 step-daughters.
See stories by Tim White
Subscribe To 'The Frequency,' Our Daily Morning Newsletter
Get up to speed on the news Vermont is talking about, delivered to your inbox every weekday morning.
Sign Up