The dreaded Emerald Ash Borer has been found in Orange County – an invasive pest that has the potential to kill most or all of the estimated 32 million ash trees in Vermont. It came from Asia in 2002, arriving in Michigan – probably on hardwood pallets - and spreading rapidly. It can now be found in 32 states including all of New England except Maine. White ash trees comprise between 5 and 8 percent of our forests and are mainly cut for firewood, but some are taken for lumber as well.

Twice previously in the past 100 years a foreign pest has wiped out trees on our landscape: first, some 4 billion chestnut trees were killed in the early 20th century. Then Dutch Elm disease devastated the stately elms of late 20th century Main Street America. Both of those losses were caused by fungal infections. This newest pest is an insect.

The adult is metallic green and half an inch long – but it’s not the problem. The larval form lives under the bark of the trees, eating the layers essential for moving water and nutrients between the roots and leaves. Large numbers of larvae are often present in infected trees, eventually girdling the tree and killing it.

When a tree is infected, the canopy declines, showing more bare branches than is normal. When adults have laid eggs and emerge from under the bark, they leave a distinctive “D” shaped hole. Another indicator is Woodpecker activity – they love feasting on the larvae even though they don’t eliminate the problem.

Because the larvae are under the bark, you can’t just spray a tree and expect to kill the pests. There are systemic poisons that are absorbed by tree roots and distributed to the entire tree, but they’re not easy to apply – and I for one don’t want poisons in my soil.

For those planning to cut infected trees, it’s important to remember that the emerald ash borer depends on humans to help it expand its range. Transporting infected firewood is the most common way this pest moves into new areas. On their own, they only travel a mile or two a year.

I take some heart in knowing that other trees aren’t affected by this pest. Mother Nature has seen worse, and I trust that our forests will survive this latest pest and rebound, even if somewhat changed. 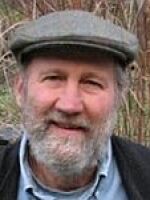 Henry Homeyer
Henry Homeyer is an author, columnist and a blogger at the dailyUV.com.
See stories by Henry Homeyer
Subscribe To 'The Frequency,' Our Daily Morning Newsletter
Get up to speed on the news Vermont is talking about, delivered to your inbox every weekday morning.
Sign Up