It’s music festival season in Vermont. For those of you who recently caught any of the nine days of opera in Middlebury or the ten days of jazz in Burlington, you’re among the lucky crowd who got to partake in the unofficial start of it all. Workshops, weekend gatherings, summer tours, small town concert series and even farmers’ markets share the common theme of live music and fresh Vermont air.

A few years ago my little town of Strafford began inviting musicians for every-other-Tuesday concerts and even though not a ton of people attend it’s now one of my favorite things about summer – with neighbors sharing picnics and conversation, kids playing spontaneous games, and local musicians spreading joy in a verdant setting.

Barnard’s weekly Farmers' Market is much better attended. They feature musicians who are not so local and it’s well worth the trip.

Sometimes I’ll reserve a camping spot at the local State Park so I can prolong the evening under the stars - one of the main reasons I love Vermont’s summer musical events.

I used to have a favorite weekend festival in the Northeast Kingdom that promoted itself as “the best music you’ve never heard” and it was so true. Which brings me to the notion that it often doesn’t really matter what you’re listening to, because it’s all is good in its own right. And it’s even better when it’s outdoors and among friends.

That preferred festival has since gone kaput because they really didn’t charge much at all. I’d have paid three times the amount for the sounds, space and energy they created. I've tried a few others, but time, money, and the birth of our children have kept us home for a few years.

But a few weeks ago, the creators of a new weekend festival posted about it on our listserv. It reminded us of how much we love these gatherings, and we’ve gotten excited again about the prospect of heading out for a couple of nights with the kids.

So, off we’ll go this weekend to take in all that a Vermont Festival has to offer: family, new friends, and beautiful scenery all in harmony.

Oh, and the music, too. That’ll be great no matter what. 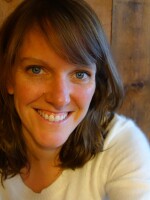