The recently reported drop in Vermont’s national rating regarding child well-being should be viewed with concern. We’ve slipped from 3rd to 8th best in the nation.

I‘ve been watching these Kids Count ratings since the early 90s. And I’ve always been proud of Vermont’s regular standing at or very near the top of these ratings. It seemed to confirm that Vermont was taking pretty good care of its children. So I was disappointed when this year’s Kids Count received a rather superficial response from both children’s organizations and the press. The general consensus seemed to be that things are basically OK even though “we have things to work on.”

But things are not OK when you look at the change between 2016 and 2017. Comparing this year to last, by looking at sixteen different indicators, the well-being of our children is slipping. Indicators such as children in poverty, teens not in school and not working, 4th and 8th grade reading levels, low birthweight, lack of high school graduation, and other indicators, show significant deterioration. And even though this change represents just one year, it is systematic and not good.

For some decades now, Vermont has steadily stood in the 2nd or 3rd best position in the country. And to suddenly be plunged down to the 8th ranking is a warning signal of the first order. We should be looking at this data much more closely to determine if, in fact, we’re moving in the wrong direction – because if we are, the consequences would be serious. Child services would cost more. People thinking of moving to Vermont because of our solid service history on behalf of children, might think twice.

Let me also offer a caveat here. The Kids Count numbers are not perfect. They can’t be. There’s no perfect system for measuring indicators as complex as the ones in the report. But they are the best we have, and  when accumulated, let us know whether we’re getting better or worse.

We also know that there are other serious childhood problems to be resolved that so far aren’t effectively dealt with, such as lack of access to affordable and high quality child care. But whatever the larger picture may be, the slippage of 5 points in just one year of this relatively comprehensive analysis, shouldn’t be regarded as anything but worrisome, particularly during relatively good economic times. 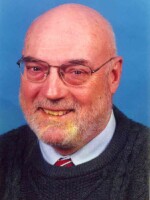 Con Hogan
Con Hogan spent 47 years in business and government in Vermont and around the world. He now lives and farms in Plainfield.
See stories by Con Hogan
Subscribe To 'The Frequency,' Our Daily Morning Newsletter
Get up to speed on the news Vermont is talking about, delivered to your inbox every weekday morning.
Sign Up