I’ve often been moved by the story of animal victims in the midst of human tragedy. Footage of caged, exotic birds lying dead among other victims of an airline disaster haunted me for days – as did photos in the New York Times of dead beef cattle strewn across a dirt road by a Texas tornado.

Then one late summer morning on my drive to work, I heard a radio report about a moose that had died in Lake Champlain. The animal had swum several miles across the lake and had reached the shore in South Hero – only to be surrounded by a crowd of onlookers taking photographs. The exhausted animal was apparently frightened back into the water where it drowned.

Official reports have since suggested the animal was disoriented and likely suffered from brainworm infection. But whatever the cause, the news ruined my day.

And I’m not the only one who felt this way. Online reactions were ablaze with emotion as many writers scolded the gawkers who may have forced the animal back into the water.

Certainly, there were plenty of other news stories that day, but I don’t remember much about them.

Not everyone has this extreme tendency to sympathize with the suffering of an animal – perhaps even more than with that of a fellow human being. But many of us do, at least at times.

I’ve heard it said that because animals are a different species altogether, they represent an extreme form of vulnerability, which causes us to experience especially deep, protective urges to keep them from being harmed.

And since we’re so well acquainted with our own species, tragic news about another human may sometimes be less relatable precisely because it hits too close to home – triggering more fear than empathy.

But news of an animal tragedy is built on the ancient human-animal bond - which blends both companionship and responsibility. This, in turn, provides us with a critical degree of objectivity, and provides us with a safer emotional distance from which to grieve more deeply and freely.

Perhaps this also explains why many of us felt such overwhelming gratitude that drenched creatures of all sorts were being rescued from the Florence floods – and that media accounts included their images. 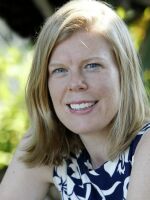 Elizabeth Kelsey
Elizabeth Kelsey is a freelance writer who specializes in mental health topics. She writes for hospitals and prevention coalitions. Her essays and articles have appeared in O, the Oprah Magazine; the Boston Globe; Eating Well; Runner’s World; and other publications.
See stories by Elizabeth Kelsey
Subscribe To 'The Frequency,' Our Daily Morning Newsletter
Get up to speed on the news Vermont is talking about, delivered to your inbox every weekday morning.
Sign Up