In my college town students were not allowed to vote. Heck, they could take over the town, the mayor at the time famously said, and the county election commissioners agreed. We students sued the county for the right to vote and won. Contrary to local fears, no huge student wave emerged. But more students did vote.

Unfortunately, ever since a 2013 Supreme Court ruling, allowing states with a history of voter discrimination to avoid federal oversight, laws making it difficult for people to vote have been making a steady comeback

Some - mostly red states - have been making it more difficult to vote, while other - mostly blue - states have been making it easier. The results are completely predictable – where it’s easier to vote, more people vote, and there’s more voter diversity - including young people, people of color and the less wealthy.

Laws pioneered in Oregon - and now in Vermont - allowing automatic Voter Registration have had that very effect - as is also the case with same day registration, now the law in about 17 states, including Vermont. And it’s estimated that allowing people to easily vote before the election - again Vermont is in this category - can increase voting by two to four percent

But some states want to make it harder to vote, and they’ve passed more than fifty laws in the last ten years to do just that. Their strategies include requiring multiple forms of ID before voting, registration purges to knock millions off the rolls, and laws making it harder to vote before the election

Another approach is to reduce the rights of those who have tangled with the law. Many states don’t allow convicted felons to vote – ever - even after they’ve served their time. As a result, states where it’s harder to vote have lower voter turnout rates, like Mississippi, Texas, Indiana and West Virginia - while states where it’s easier to vote have higher turnout rates; including Vermont, Maine, Minnesota and Oregon.

Federal intervention might change these sad trends, but that’s not going to happen soon. So for now, states like Vermont must continue to lead, adding innovations that make it easier for ALL people to vote. 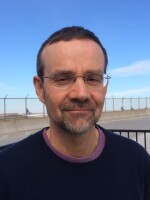