Like any profession, education has its rock stars: Piaget, Montessori, Vygotsky ... and John Dewey, who was born and raised in Burlington, Vermont. Dewey’s dad was a green grocer and wanted his son to become a mechanic, but instead, young Dewey went to UVM, worked as a teacher, and eventually became one of the greatest social philosophers of the modern age.

To understand how we learn from experience, or from art, or from each other, Dewey’s work is a must. And when we think about the role of school in a democracy, Dewey’s words are more relevant than ever.

Educators around the world love Dewey because nobody has ever explained the role of school in society better. This sounds easy enough, but it’s actually pretty tricky to talk about democracy in school. Too often, we avoid the topics of race, class, and gender so as not to seem overly political. Too often, we fail to make school relevant for students when we only study the injustices of the past, while carefully avoiding those of the present.

In Democracy & Education, Dewey writes “A curriculum which acknowledges the social responsibilities of education must present situations where problems are relevant to the problems of living together, and where observation and formation are calculated to develop social insight and interest.”

It’s important to remember that our students do, in fact, care about democracy and social justice. In just the last couple of years, they have spoken out at the Women’s March, demanded access to transgender restrooms, raised the Black Lives Matter flag on campus, walked out of school for gun safety after the Parkland massacre, and successfully lobbied the legislature for a law to protect their free speech.

Dewey would be proud of our students today because he saw school as the main way to improve society and combat injustice. And I think he would be proud of the Vermont educators who teach their students how to respectfully engage in these conversations. After all, that can only help produce better citizens for our democracy.

Perhaps in this autumn of our discontent, it will be our students who lead us towards a new springtime for our democracy. 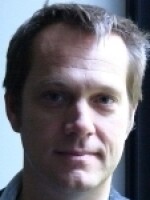