In November, Montpelier voters overwhelming approved a change to the city’s charter that would allow non-US citizens to vote. As Montpelier’s City Clerk, I helped petition originator Roberta Garland bring it to a vote and now it's gone to the legislature for debate and perhaps, approval. A similar proposal in Winooski was tabled by the city council although I’ve heard it will be brought up again this year.

There’s an understandable concern that the charter change would let non-citizens vote for Governor and President, but the proposal applies to Montpelier city items only - like the budget or city council races. Voting for Governor or President is explicitly illegal for non-US citizens.

Another worry is that it would let undocumented immigrants vote. But that’s incorrect, as it specifies legal non-residents.

There’s a lot to be said in its favor in terms of fairness – considering that non-citizens who may have kids in the schools and who pay taxes on their homes currently have no voice in the setting of that tax rate.

And there are precedents. In Chicago and San Francisco, non-citizens with students in the public schools can vote on school issues. And non-US citizens can already vote in many elections across the country. In fact, several Maryland cities allow for the same voting rights that Montpelier citizens are petitioning for, going back nearly three decades.

Historically, non-citizen voting was the norm when our country was founded. The founding fathers, their children and their grandchildren all voted on town issues alongside non-citizens without giving it a second thought.

What I think it comes down to is whether it’s possible to be a citizen of a local community separately from being a citizen of the state or the country. The Montpelier community has decided that it is, and to embrace these residents as citizens of Montpelier, regardless of any other status.

Besides, who’s to say they – and by extension we - shouldn’t be allowed to invite others into our own decision making process?

After all, in a democracy, it’s generally agreed that having more people involved makes the community stronger. 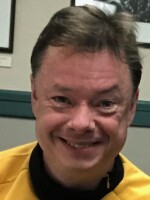 John Odum
John Odum lives with his family in Montpelier, where he serves as the city clerk. Prior to becoming clerk, John worked in electoral politics and Information Technology for campaigns and nonprofits in Vermont. John is also a columnist and reporter whose work has appeared in the Huffington Post, and the websites of The Guardian and Governing. He is also the former publisher of the Vermont political website Green Mountain Daily.
See stories by John Odum
Subscribe To 'The Frequency,' Our Daily Morning Newsletter
Get up to speed on the news Vermont is talking about, delivered to your inbox every weekday morning.
Sign Up