Patten: A Culture Of Lies

Vermont Public Radio | By Will Patton

One of the most enduring fables about our first president, George Washington, is that he could not tell a lie about cutting down that cherry tree.Forty four Presidents later things have changed; and it seems that lying has become an accepted part of our culture. We now routinely assume that politicians and marketers lie to us and perhaps that's because we trivialize our own lies - to the IRS, about our weight, and of course, the dog eating my homework.

But there’s really no such thing as a trivial lie. Wars have started because politicians lied. Tobacco and pharmaceutical companies have lied about the addictive, lethal nature of their products. Lying, cheating, and dishonesty should never be accepted as normal.

Psychologists tell us that lies are the result of a risk/reward calculation. We accept the guilt of lying and the dread of exposure, in order to gain some advantage or avert some unpleasantness.

The reward of great political power and wealth has made lies an acceptable political and financial strategy – resulting in the creation and maintenance of a culture of lies. But it remains an artificial reality, and requires the denigration of institutions we've always relied on for truth.

As a result, one of the primary targets today is scientific study, the system of establishing fact through rigorous evidence based analysis. If scientists deliver "inconvenient truths" a common response is to shoot the messenger, to claim that scientific fact is open to debate, and to insist the intuitive gut is superior to the analytical brain.

As a result, shade has been thrown on the great universities where scientific knowledge and truth seeking has been respected for centuries. It’s no accident that Harvard's motto is Veritas, Latin for truth. But today, academia is attacked as being elitist, with little or no value to so-called ordinary people.

Journalists, too, have been similarly undermined. Information delivery systems have been politicized, alternative facts have been popularized, and those we’ve relied on as objective sources have been accused of presenting fake news.

If we want to get out of the ditch we've driven into, we have to restore the value of truth and honesty. 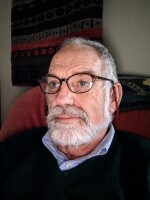 Will Patton
For 50 years Will has labored in the field of small business. Returning to his native Vermont after college and travels, Will started and operated several small businesses in Rutland County, one of which was Ben & Jerry's franchise #12 which led to a career with Ben & Jerry's Homemade Inc. He retired in 2007 as Director of Retail Operations with responsibility for 600 scoop shops in 14 countries. Retirement was short-lived however when he was hired as Executive Director of Vermont Businesses for Social Responsibility. In the fall of 2010, Will retired again to sail with his wife, Kathleen, to the Bahamas. In 2012 Will and Kathleen opened the Hinesburgh Public House, a Vermont Benefit Corporation, to fill a need for a gathering place in town.
See stories by Will Patton
Subscribe To 'The Frequency,' Our Daily Morning Newsletter
Get up to speed on the news Vermont is talking about, delivered to your inbox every weekday morning.
Sign Up